Six is the largest number of valedictorians in recent memory, with a typical Convocation featuring only two or three. The expansion is thanks to the different way that Convocation is organized this year. The virtual and video-based ceremony has been arranged to permit at least one valedictorian from each faculty and school, with co-valedictorians from the Faculty of Health Studies. 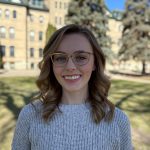 Born and raised in Brandon, Britney is graduating today with a Bachelor of Arts Combined Honours in Philosophy and Sociology.

In her time at Brandon University, Britney has demonstrated continued excellence as a student, marking assistant, research assistant, and Co-Founder and Co-President of Brandon University’s Student Philosophy Association. She has also been a peer tutor, and one fellow-student says, “She is one of the best people that I have had the chance to get to know during my time at BU!! Always willing to give you a hand! I have never seen someone so devoted to their studies, and it is honestly inspiring!”

Britney says she grateful for the professors and classmates she has met at Brandon University, and would like to thank the Sociology and Philosophy departments for their continued support, encouragement, and community.

This fall, Britney will be pursuing graduate studies, working towards becoming a Professor of Ethics. 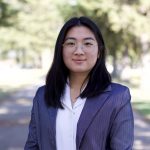 Jessica was born in Edmonton but moved to Brandon in kindergarten due to her father’s job. Some of you may know him as Dr. Li, the geology professor.

Jessica is graduating with a Bachelor of Science (Honours) degree with a major in chemistry and a minor in math. Throughout her degree, she has maintained a GPA above 4.0.

Her eventual goal is to attend medical school, but following graduation, she hopes to take a year off to work and gain life experiences outside of being a student. 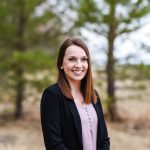 Nicole was born in Brandon and raised in Boissevain, where she attended Boissevain School for her entire education.  She was a very proud Boissevain Bronco participating in many sports, youth in philanthropy and was her high school valedictorian in 2016.

Pursuing a career in education has been a path that Nicole never wavered from and wanting to make a difference in children’s lives has always been a passion.  She coached and helped with programs in the community from Can-Skate to basketball camps.  That love carried on as she entered university. While getting her undergraduate degree in Physical Education Studies, she tutored students, assisted in the BU Junior Kindergarten Program classes, as well as helped coach club volleyball.

Nicole credits BU for bringing out the best in her, encouraging her to take on new challenges and experiencing everything the university life has to offer.  The friendships she has made in the education department and student athletics, from professors, coaches, players and fellow students will be cherished forever.  Nicole looks forward to her chosen career in elementary education. 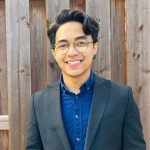 Carl Manuel was born in Manila, Philippines, and moved to Winnipeg shortly thereafter.

Being raised by a music-loving family, Carl was continuously surrounded by music performances and concerts on a regular basis. His musical curiosity often led him to explore different forms of mediums for self-expression. Whether it was the saxophone, guitar, piano, singing, dancing, and even beatboxing, he continually pursued the passion he felt when immersed within music-making.

Now as a music educator, Carl aspires to help young musicians experience the similar joy he had growing up by creating a safe learning musical environment for all students. 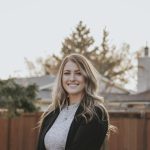 Born in South Africa, Margaret immigrated to Canada in 1997. She grew up in Regina and completed a BA in Psychology from the University of Saskatchewan. In 2017, she decided to continue following her passion for helping people, leading her to study Psychiatric Nursing at Brandon University.

Margaret was actively involved with WUSC BU and mental health research during her studies.

Margaret will start her career at Selkirk Mental Health Centre. She believes in providing strength-based and holistic care to all her patients. Margaret is grateful for the support, guidance, and unconditional love she continues to receive from her parents, brothers, and partner. 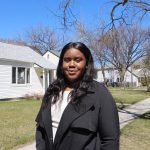 Keisha Kaddu is a former university athlete and was a member of the University of Saint-Boniface women’s Volleyball team. There she earned a Bachelor of Science.

Keisha’s passion for mental health led her to pursue a second degree in Psychiatric Nursing at Brandon University. Throughout her clinical rotations in the program, she garnered a passion for acute adult psychiatry. She believes there are no bounds to what psychiatric nurses can accomplish and plans to pursue a master’s degree in the future.