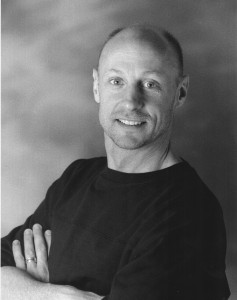 David’s greatest strength lies in his extreme versatility with both comedy and drama, and in a variety of medium from cabaret to opera, and from concert to film. The commitment and clarity he brings to the text, the vast palate of colours he employs to convey the moment, and the intensity he is able to bring to such a variety of roles and styles conjoin to make him a formidable singing actor. David has had a 30-year performance career that consists of more than 80 productions in theatres across Canada & the U.S., including performances of leading roles in the Toronto and touring companies of The Phantom of the Opera, at the renowned Stratford and Shaw Festivals in Ontario, with Opera Atelier and Opera Ora in Toronto, at the Kennedy Centre in Washington, D.C., and on Broadway. Favourite opera roles include the title role of Thomas’s Hamlet, Valentin in Gounod’s Faust, and most especially, Pelléas in Debussy’s Pelléas et Mélilsande.

While Head of Voice Studies at the University of Wisconsin-Superior in 2004-2006, David was a regular soloist with the Duluth-Superior Symphony Orchestra (DSSO), including performances as Morales in Carmen, as a soloist in Finzi’s In Terra Pax, and Haydn’s Lord Nelson Mass. During his Ph.D. studies in Iowa he played Fredrik in “A Little Night Music,” Falke in “Die Fledermaus” and as Don Alfonso in Mozart’s “Cosi fan tutte” for the Martha-Ellen Tye Opera Theatre in Iowa City, and was seen in Puccini’s La Boheme at Cedar Rapids Opera. Equally at home with art song and oratorio, he has sung with many orchestras and chamber ensembles in concert and recital on radio (CBC and CJRT), including the Toronto Consort, Tafelmusik, and the St. Lawrence String Quartet.  Since arriving in Brandon, has been busy performing on the prairie with the Souris Valley Theatre in Estevan, Saskatchewan as Leslie in Chaps; he was thrilled to be a soloist with the Penderecki String Quartet during the 2007 and 2008 Clear Lake Chamber Music Festivals; has performed in the Music ‘n’ Mavens concert series in Winnipeg, and most recently was at Persephone Theatre in their successful run of Urinetown.  David also made his debut with the Winnipeg Symphony Orchestra in 2011, and has performed with the Moose Jaw Cultural Centre as the ‘Dame’ in their English Pantos, Cinderella & Snow White.

As an adjudicator, David has been excited by the many performances of young singers throughout the prairies, including competitions in Minot, ND, Steinbach, MB, the Saskatchewan and B.C. provincial competitions, Lethbridge Kiwanis Festival, Saskatoon Music Festival, and as a preliminary juror for the E-Gré. National Music Competition.

As a vocologist and vocal pedagogue, David brings all of his experience both positive and challenging to bear on the issues singers face in their development. He is well aware that the adventurous discovery of the vocal sounds of which we are capable and how we can consistently create the sounds we choose to make, and that we are required to make, is a challenge of gigantic proportions unique to every individual. Yet while the connection of the inner artist is the most effective creator of the voice, there are physical laws that govern it. In order to more fully understand these laws (the bio-mechanics and acoustics of the voice), David added to his undergraduate and Master’s degrees in Voice Performance from the University of Toronto by undertaking a Ph.D. in Vocal Pedagogy from the University of Iowa. The knowledge gained there coupled with his life and stage experience, allow him to bring a thorough synthesis of science and art to his students’ development. Along with his performance and teaching careers, David continues his work as a researcher in voice science.