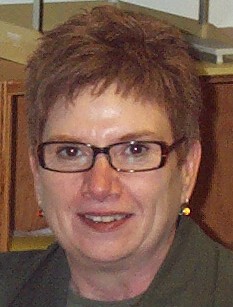 Dr. Racher joined the faculty of the School of Health Studies at Brandon University in 1997. Her teaching in the baccalaureate programs for psychiatric nursing, nursing and post diploma students is underpinned by her applied research in community health, rural and northern health as well as gerontology. Her areas of interest are population health, community development, health promotion, access to health services, nursing leadership and philosophy of nursing science.

Dr. Racher is a research affiliate with the Rural Development Institute of Brandon University, and the Centre on Aging at the University of Manitoba. She has served on various faculty and university committees, including the Brandon University Research Ethics Committee, the Senate Research Committee, Stanley Knowles Visiting Professorship Selection Committee; and Graduate Studies Committee.

As a co-investigator on the four-year research project funded by SSHRC, Determinants of Health of Rural Populations and Communities, Dr. Racher facilitated the development of the Community Health Action Model and resulting articles and book chapters. As a researcher, she has conducted a variety of studies receiving funding from SSHRC, CIHR, MHRC, the Rural Secretariat, and the Alzheimer’s Society of Canada. Currently Dr. Racher is co-PI on the CIHR-MHRC funded project Rural Postsecondary Students Collaborate to Improve the Health of Their Campus Communities, 2010-2012. As PI, she and co-applicants Dr. Dean Care and Professor Nancy McPherson have received funding from the Alzheimer’s Society and are undertaking the first phase of a study Living with Dementia: The Experiences of Older Couples in Managing their Lives Together(2011-2012). Dr. Racher is a co-applicant on the CURA project Age-Friendly Communities, Active Aging Research Alliance, 2007-2012 with PI Dr. Verena Menec at the Centre on Aging, University of Manitoba.

Prior to joining the faculty, Dr. Racher spent five years as a health consultant and project manager with WESTARC Group, of Brandon University, working extensively on projects related to community development, population health and health system organization. Her previous nursing career included several years as an administrator in long-term care and direct care nurse both in the community and in rural facilities. She completed her RN training at Brandon General Hospital and holds a BScN and BA (Psychology) from Brandon University; a MSc from the Department of Community Health Sciences, Faculty of Medicine, University of Manitoba; and a PhD from the Faculty of Nursing, University of Calgary.