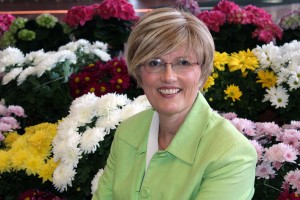 Mayor Shari Decter Hirst was elected as the first female mayor of Brandon in the fall of 2010.  Since her election, she has encouraged the City of Brandon to strengthen its commitment to efficiency, public service, transparency, accountability, and consultation, all of which have been embedded in the systems and processes within City Hall. Mayor Decter Hirst’s belief in transparency and accountability have resulted in Brandon City Hall being a leader in open data sharing, greater accountability and a more open budgeting process.

Since 2010, Shari has worked to establish a Youth Advisory Committee and the Urban Aboriginal Peoples’ Council, done the spade work on the creation of a Seniors’ Advisory Council, and helped Brandon join the Assiniboine Hills Conservation District as one of the largest urban communities to be part of the conservation framework.

Mayor Decter Hirst continues to focus her leadership on pro-actively managing the growth of one of Canada’s fastest-growing cities, in part by the forging of strong partnerships with the surrounding RM’s of Elton and Cornwallis. Brandon’s growth strategy is being moved forward with the Development Master Plan, a Growth Management Strategy and secondary plans for the downtown HUB, the recently-annexed South Brandon lands, as well as the North Brandon Gateway. Shari believes that addressing the many challenges of the City’s infrastructure not only means repairing and maintaining what is already in the ground, but also building additional capacity for new development. The Mayor also remains focused on the priorities of economic growth, affordable housing and securing air service for the City.

Mayor Decter Hirst’s dedication to the community was recently celebrated by her receipt of the Queen’s Diamond Jubilee Medal, presented in February of 2013 by the Hon. Philip Lee, Lieutenant Governor of Manitoba.

Shari is married, with three grown daughters, and enjoys spending her free time gardening, brushing up on her Spanish language skills and playing with her dogs.