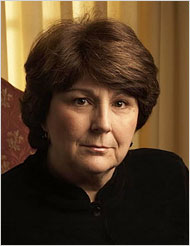 Karen DeYoung is Senior National Security Correspondent and an Associate Editor of The Washington Post. In addition to coverage of national security policy throughout the Bush and Obama administrations, she has served as assistant managing editor for national news, both national and foreign editor and Post bureau chief in Latin America and Europe, as well as in numerous other overseas assignments. DeYoung was a visiting scholar at the Carnegie Endowment for International Peace and in 2006 published SOLDIER: The Life of Colin Powell. She is recipient of numerous journalism awards, including the 2009 Overseas Press Club award for best coverage of international affairs, the 2003 Edward Weintal Prize for diplomatic reporting, and the 2002 Pulitzer Prize awarded The Washington Post for national reporting.