Dr. Carter’s presentation is drawn from a book to be published by the University of British Columbia Press called ‘Ours By Every Law of Right and Justice:’ Women and the Vote in the Prairie Provinces. This is the first book-length study of the women’s suffrage campaigns in 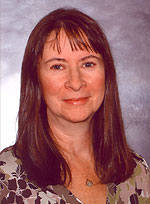 the prairie provinces, and the first to situate this struggle in the context of the settler colonial history of the region. The suffrage movement coincided with the years of intense colonization of the West when the Indigenous population was outnumbered and marginalized. The settler women and men who spearheaded the movement shared and furthered the goal of consolidating Euro-Canadian power.

From Saskatoon, Sarah Carter FRSC is Professor and Henry Marshall Tory Chair in the Department of History and Classics, and the Faculty of Native Studies of the University of Alberta. Her M.A. is from the University of Saskatchewan and she completed her Ph.D at the University of Manitoba, publishing her dissertation as Lost Harvests: Prairie Indian Reserve Farmers and Government Policy (1990). She taught at the University of Calgary from 1992 to 2006. Her most recent book Imperial Plots: Women, Land, and the Spadework of British Colonialism on the Canadian Prairies (2016) won several awards including the Governor General’s History Award for Scholarly Research and the John A. Macdonald Prize of the Canadian Historical Association (CHA). She is a co-author of The True Spirit and Original Intent of Treaty Seven (1996). Her most recent co-edited collection (with Maria Nugent) is Mistress of Everything: Queen Victoria in Indigenous Worlds (Manchester University Press 2016).