Victoria Maxwell (Crazy for Life Co.) is one of North America’s most sought-after speakers on the ‘lived’ experience of mental illness and recovery, dismantling stigma and addressing mental health in the workplace.

Creative Director of Crazy for Life Co. and an award-winning actress and playwright with over 20 years of experience, Victoria has worked alongside David Duchovny, John Travolta and Johnny Depp, among others. 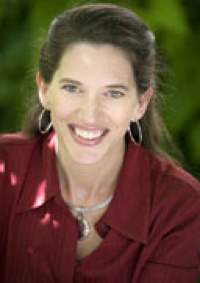 After her diagnosis of bipolar disorder, anxiety & psychosis, she became extremely proactive in her recovery. She combines her theater background, personal experience of psychiatric illness & professional knowled
ge as a group facilitator & mental health worker, to give a unique & powerful ‘insider’s’ perspective on dealing with depression & other mental illnesses.

Her critically acclaimed one-woman show Crazy for Life, her true-life story about accepting and living with a psychiatric disorder, tours internationally to sold-out audiences and rave reviews. Recent runs include Toronto, England, and New Zealand. Crazy for Life recently captured the Moondance International Film Festival award for best stage play in Colorado and the Gordon Armstrong Theater Award. As well her efforts have won honours as a finalist at the Canadian National Playwriting Competition and the Courage to Comeback Award. She is also featured in the Knowledge Network documentary ‘Living with Depression’ and numerous national magazines.  More information go to http://www.victoriamaxwell.com 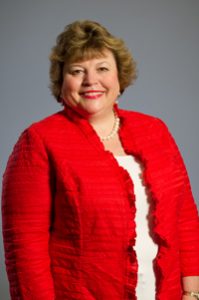 Cheryl J. Craig, Ph.D., is a Professor and the Houston Endowment’s Endowed Chair in Urban Education at Texas A&M University. She is an American Educational Research Association (AERA) Fellow, an AERA Division B (Curriculum) Lifetime Career Awardee, and a winner of the coveted Michael Huberman Award for her Contributions to Understanding the Lives of Teachers. Cheryl Craig is one of the most-published authors globally in the field of education.  She has delivered keynote addresses in North America, South America, Europe, the Middle East, Asia and in Australia and the South Pacific. She is the Past-Secretary of the International Study Association, and has recently been appointed as a Foreign Expert Scholar at East China Normal University in Shanghai, China. Presently, she serves as Chair of the International Advisory Committee of Canada’s largest partnership grant funded by the Social Sciences and Humanities Research Council of Canada (SSHRCC). The $3.8M grant focuses on reciprocal learning between Canada and China. She is also the evaluator of five National Science Foundation grants in the U.S. totaling $5.7M.  Cheryl Craig hails from Foxwarren, Manitoba. She completed her two undergraduate degrees at Brandon University (B.A., B.Ed.), her Master’s degree at the University of Calgary, and her Ph.D. degree at the University of Alberta, which was supported by a SSHRCC Fellowship.  After completing her Post-Doc studies at the University of Toronto, which also was funded by SSHRCC, she moved to the United States for employment purposes.  Cheryl Craig will receive the Wall of Fame Award from Brandon University this homecoming weekend.