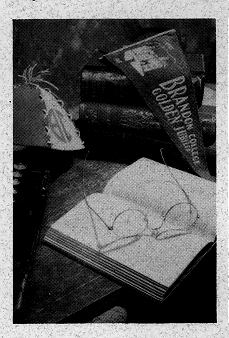 The Baptist Home Mission first sent missionaries to southwestern Manitoba in 1869 and settlers began to arrive in the area after 1871. Both settlers and missionaries soon saw a need for a denominational college for Manitoba youth and several attempts to found a college were made.

In 1880, Dr. John Crawford and Rev. G. B. Davis opened Prairie College in Rapid city, 20 miles north of Brandon. The College failed and Rev. Davis founded a small academy in Rapid City that was subsequently taken over by his brother-in-law, Prof. S. J. McKee. McKee’s Academy was moved to Brandon in 1890 following the projection of the CPR mainline through the Assiniboine Valley that resulted in the marked growth of the city of Brandon.

As early as 1885 the Baptist Convention of Manitoba and the Northwest Territories responded to this need. In 1898 a Toronto industrialist, Mr. William Davies, and his sister-in-law, Mrs. Emily Davies, pledged $25,000 to be used to establish a Baptist College in Brandon.

Plans moved ahead rapidly. The Convention appointed Dr. A. P. McDiarmid as principal of Brandon College in 1899. Prof. McKee’s Academy was merged into the new institution and the quarters of the Academy in the Stewart Black on Rosser Avenue at Ninth Street continued to be used. On July 13, 1900, Mrs. Davies laid the cornerstone of the first new building located at the corner of 18th Street and Lorne Avenue, part of the present campus. The Brandon College Building is joined to Clark Hall. Clark Hall, built in 1906, was used as the women’s residence and was named after Dr. W. S. Clark, the principal donor. These now serve as the administration buildings of Brandon University.

Brandon College was a liberal arts college offering some work in theology, a high school department, and a commercial department. A school of music was added in 1906. During the college’s affiliation with McMaster University, 1911-1938, the School of Music graduate diplomas in voice and piano attained a national reputation. Following affiliation with the University of Manitoba in 1938, music courses as credit to B.A. and B.Sc. degrees were added. Brandon College offered the first B.Mus. program in Manitoba in 1963. The School of Music includes one of the few conservatory departments in Canada and offers high quality private tutoring.

More than 200 Brandon College students served in the First World War including two winners of the Victoria Cross. The college sent a platoon with the Western Universities Battalion to France in 1916. Class enrolments dwindled as student joined the services resulting in the absence of males in the freshman class.

In 1922 the Science Building was opened but an economic slump kept the building from being completed according the original specifications. The Bachelor of Science degree was added in 1939.

Commercial courses were discontinued in 1922 and the theology department was replaced by the inclusion of religious studies in the arts curriculum in 1928. In 1932, the Grade 9, 10 and 11 work of the academy, which had formed part of the college, was discontinued. Grade 12 Department of Education courses were introduced and continued until 1955.

In 1938, the Baptist Union of Western Canada found that it was no longer able to support Brandon College. An exceptional display of interest, hard work and generosity on the part of citizens of western Manitoba kept the college open. Brandon College became a non-denominational corporation in that year, ending its affiliation with McMaster University, and joining the University of Manitoba as an affiliated college. Four sources of revenue allowed the work of the college to be continued: public subscription; an endowment (which became a foundation in 1945) by Dr. A. E. McKenzie, owner of a Brandon seed firm; a tax levy from the City of Brandon; and an annual grant from the provincial government. Support from each of these has continued but has changed in proportion over the years.

The C.O.T.C. program, which had been dropped after the First World War, was revived to meet the challenge of World War II and 234 Brandon College students served in Canada’s armed forces during 1939-45. Enrolment was cut sharply but new bursaries and scholarships were introduced and many students worked their way through Brandon College during this period. At this point, there were 14 faculty members and approximately 100 students.

During the late 1940’s, the social sciences were introduced at Brandon College. Training for high school teachers was added in 1952 and expanded to include training for elementary teachers in 1955. The Bachelor of Training program was added in 1969 and the first graduates of the program received their degrees in 1971.

In the late 1950’s, a national program of university and college expansion gave rise to a sharply increased growth at Brandon college both in numbers of students and faculty and the building of new facilities. The Arts and Library Building, later named the A. E. McKenzie Building in honour of a chief benefactor of the college, and the J. R. C. Evans Lecture Theatre, named in honour of former Brandon College President, Dr. J. R. C. Evans, were officially opened in 1961.

In 1962, the steam plant, Darrach Hall (men’s residence), and the dining hall were completed. Added in 1963 were the Music Building and Flora Cowen Hall (women’s residence). The Brandon University Gymnasium was opened in 1965. 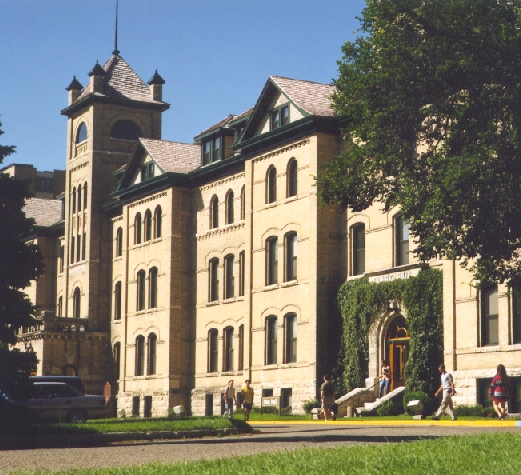 Brandon University received its charter on June 5, 1967 on the occasion of the visit of Her Royal Highness Princess Alexandra and the Honourable Angus Ogilvie.

The J. R. Brodie Science Centre was opened officially in May 1972, although classes were held there during the 1971-72 school year. It has modern facilities for the departments of chemistry, physics, botany, zoology, geology, geography, mathematics and computer science, and psychology.

In November 1983, a sod-turning ceremony was held initiating the beginning of the new Music Building erected to the south of the Western Manitoba Centennial Auditorium and west of the Arts and Library Building. In October, 1984, Her Majesty Queen Elizabeth II officially named the structure the “Queen Elizabeth II Music Building”. Members of the Music faculty moved into the new building during the summer of 1985 and classes were held there in the fall.

In September 1986 classes commenced in the Department of Nursing and Health Studies program with 2-Year Post-Diploma Baccalaureate Degrees in Nursing and Mental Health. In 1990, the University introduced a major in Business Administration in the Faculty of Arts. Brandon University received its second masters program when the Masters of Education program was approved in 1990. In 1991, a minor in Women’s Studies was approved in the Faculty of Arts. In 1993, a minor in Aboriginal Art was approved. In September 1996, the 4-Year Bachelor of Science in Psychiatric Nursing was offered for the first time.

The Beginning in the fall of 1994, the renovation and reconstruction of Clark Hall and the Brandon College Building, with the retention of the original façade, was initiated. This historic project was completed in the spring of 1997. Currently, faculty and administration occupy the new structure and classes are being held in the new large classrooms in the renovated buildings.

In 1997, the School of Health Studies was established and the 4-Year Bachelor of Business Administration was offered for the first time. In 1998, both a Masters program in Rural Development and a bachelor’s program in First Nations and Aboriginal Counselling was launched.

In 1999, the University celebrated its centennial with the community at-large. To mark the occasion, both university and community members helped to excavate Prairie College, the university’s original Baptist site. The Applied Disaster and Emergency Studies program that adopts a Liberal Arts and Science approach to foster an appreciation for the interdisciplinary nature of this field was initiated in the fall of 2001.

The Bachelor of Environmental Science program, approved in December 2002, was implemented in September 2003. In May 2003, the COPSE approved the four-year Creative Arts program and in June approved the Bachelor of Fine Arts Program. Both programs commenced in the fall of 2003.

In September 2005, COPSE approved the expansion of Brandon University’s Rural and Community Studies Program to include four-year honours, four-year major, and four-year minor Bachelor of Arts degrees, in addition to the three-year BA program already being offered in this subject area. With the addition of these degree programs, students can pursue Rural and Community studies from an undergraduate to Master’s level at the university.

In 2010, the Master of Psychiatric Nursing program was established.

The Healthy Living Centre was opened in 2012.

Office of the President