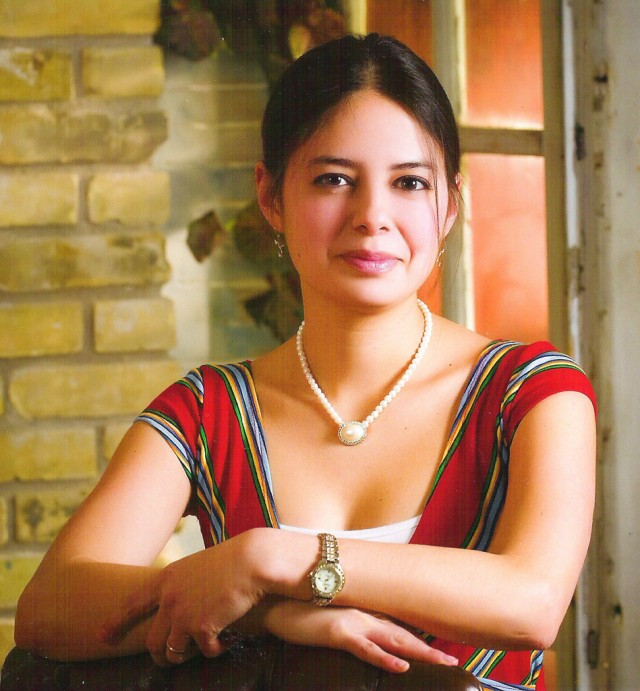 I completed a Bachelor of Spanish Philology degree at Universidad de Costa Rica. I came to Brandon University to begin my graduate studies in the field of Education with emphasis in Curriculum and Instruction. I am also currently taking a second master program in teaching of Spanish as a foreign and second language with the University of Barcelona.

Personally, my greatest accomplishment has been to become an educated woman despite the fact I was born in a poor country where post-secondary education is becoming a privilege of a few people. In addition to that, I am proud of my efforts to overcome the language barrier with which I arrived to this country.

As a university student, I am proud of my political activism during my university years in Costa Rica. Students in our developing countries play an important role as defenders of social guaranties and social rights. With this in mind, I took an active part in the demonstrations and protests against the neoliberal and pro-privatization process imposed by our government that has been detrimental to low middle class and the poorest people in the country. As a teacher during that turbulent time, I am proud of showing an example to my students, teaching them the value of raising their voices when they feel their rights are threatened.

In Brandon, my work is only beginning, but I am proud of being able to see a good number of low income immigrant women smile as a result of the project that I started with a group of women three years ago. The foundation, development, and expansion of the Brandon Latina Women´s Association (BLWA), a non-profit organization which supports low income immigrant women, is one of the most wonderful projects in which I have taken part.

I am originally from San Carlos, a rural farming community with a rich rain forest and a famous volcano located in the province of Alajuela, to the north of the capital of Costa Rica, San Jose. At the time I was born, my parents worked as small farmers. Unlike myself, my parents never had the privilege of access to secondary or post-secondary education. Therefore, material things were always very limited for our family. When I was 11 years old, I told myself I would never accept passively the destiny that the majority of girls from rural areas in poor patriarchal nations are forced to accept: good wives and mothers subjugated and silenced by masculine voices. So, being still a child, I said goodbye to my parents, I packed a few things, and I moved to the capital city. Since that, I have been always struggling to make possible for myself my dream of achieving a good education. A few years ago, I came to Canada as an international student to complete my graduate studies.

I was born in a beautiful tropical country with wonderful beaches, amazing jungles, but full of deprived schools everywhere. Costa Rica does not have an army or armed conflicts, but this country has been a poor nation managed by corrupt governments for many years. This loot of public money has terribly damaged the education system, increasing the number of illiterate people. One decade ago, trying to solve the problem of illiteracy in marginal areas, the government hired, for a few dollars, university students and sent them to teach in these awful neighborhoods located around the capital city, San José. I was in my second year of university when, full of ideals and fears, I did my first entrance into the enthralling world of education.

After that, my experience as an educator was very wide. I started to teach when I was 20 years old, teaching teenagers and adults in innercity poor neighborhoods. Prostitutes, drunks, drug dealers, poor boys and girls with nothing to eat but eager to learn were among the list of my first group of students. I saw how some of them died during the middle of my first course, leaving behind their empty chairs and a sense of frustration and hopelessness.  Years later, I taught in the opposite side, a private American style high school with rich and “well educated” kids. The social injustice and the terrible contrast between these two realities made me leave my country in order to get new knowledge in the education field. I can say today that definitely, all these experiences living and working in sectors in conditions of extreme poverty are the reason why I became interested in the field of education. These experiences transformed my life and taught me the value of education as an instrument of social change.

On the other hand, my special interest in the field of Spanish as a foreign language comes from my experience of teaching my courses at Brandon University.

Personally, I believe that life is an individual and collective journey.  As individuals, we need to fulfill ourselves while contributing to society. Life is unfair all over the world, and we, as human beings, need to contribute to make the world and society better. We can’t ignore the unfairness in the world by just closing our eyes, even if you are a university student and you hold the privilege of having a postsecondary education. I believe that having a big house, a nice car, a good salary or a comfortable social position will never make you a good person. That should never be the only goal of a student. Good students are not those who achieve high marks or who have many academic awards decorating their walls. Good university students are those who use their knowledge to change the world in a very positive way, and who raise their voice for those who maybe never will have the opportunity to put a foot in academia. I believe that students have the responsibility to improve their communities and to help those who need their support. I truly believe in the words of a legendary Argentinean man who once said that the students are mostly revolutionaries, revolutionary by nature, because they belong to that stratum of young people who are open to life and to acquire new knowledge every day. Taking all this into consideration, I am sure that my philosophy of life is a humanist perspective of economic and social justice.

I consider myself a versatile person, and that makes it hard for me to see myself working in only one area. In a future, I see myself holding a doctorate and working as a university professor, continuing my career in the field of teaching Spanish, and producing valuable literature related to education and second language acquisition. I see myself working with women, especially with those who are of low income and uneducated women, doing whatever needs to be done to support them in their desire of achieving their education. I also see myself in my country, Costa Rica, working as an educator and as a curriculum designer, changing the current subject-centered educational system to one inspired in critical pedagogy and that really focuses on the needs of the students and community. Finally, I see myself as someone that someday inspires children and women born in adverse and poor conditions, as I was, to believe that, through education, they can change their reality and the reality of those who are around.

Ericka Serrano came to Brandon University from Costa Rica. She has worked incredibly hard to learn English and make connections at the university. As a result, she is now a master’s student in the Faculty of Education. Despite the challenge of learning a new language and living in a new country, Ericka has also helped to create the Brandon Women’s Latina Association. In addition, she created an English Language program for immigrant women that is rewarding, supportive and affordable. She is a tenacious, intelligent and creative woman, someone whom I am personally proud to know. Despite all of her own academic work, she has spent countless hours advocating and supporting the Spanish-speaking community here in Brandon. This brief description does not really do justice to the vision and efforts made by Ericka in her few years here at the university.  Ericka has made  extraordinary contributions to BU and the city in general.