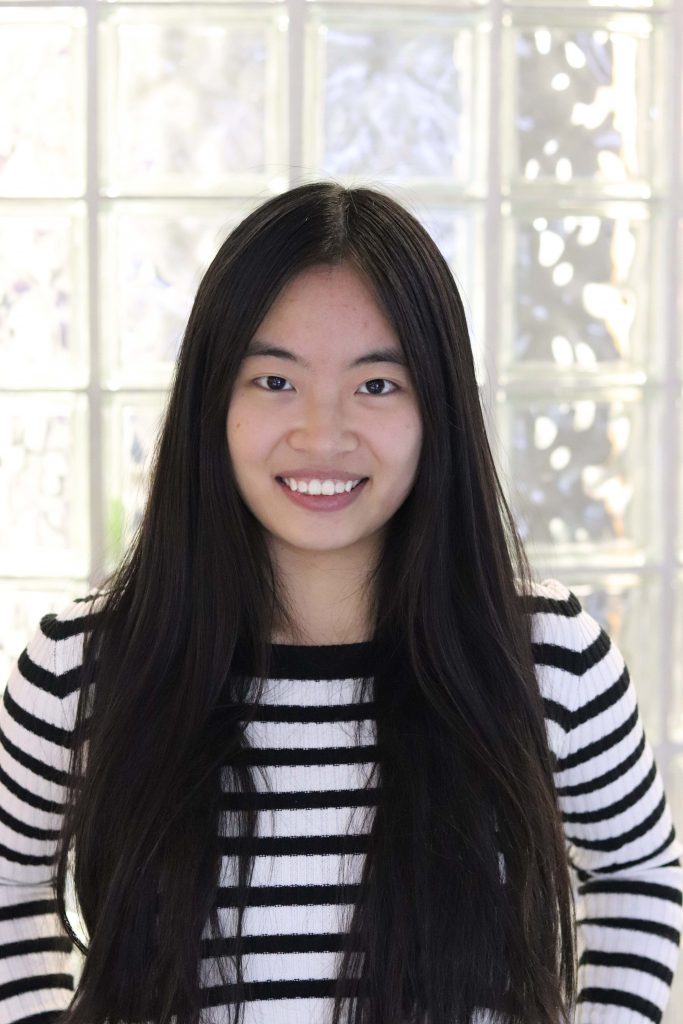 It took the change of pace and the increased freedom found at Brandon University for April Li to truly see the value of education.

Brandon is about as far away as possible from Li’s hometown, the massive Chinese capital of Beijing, both in literal geography and in lifestyle. It turned out, though, that the transition was just what she needed as a student.

“In China I was constantly influenced by the dense population, rapid urban pace and intense pressure from peer competition,” Li says. “Instead of playing trick-or-treat on Halloween, or building sand castles on a family vacation, my classmates and I would attend classes from 6 a.m. to 6 p.m. Our lunch break, supper break and the whole evening were occupied with homework and mock exams.”

While she learned a great deal and gained a tremendous work ethic, education became a chore for Li. When she arrived at BU, she found the flexibility to set her own schedule and to explore different interests before choosing her minor and major.

“For the first time in my life I see the purpose of education: empowering me so that I can make my dream a reality,” Li says.

When Li sat down with her family to choose a post-secondary destination, they were drawn to Canada by its diversity, safety and welcoming environment to international students. They chose BU based on its affordable tuition, small-city setting and the ability to meet with staff and professors in a one-to-one setting.  Li says this environment has allowed her to maximize her academic performance while also learning new skills outside of the classroom.

Li has found that her work ethic, time management and motivation have helped her to earn numerous scholarships that have assisted with her education. She says that once students see the value of the scholarships they receive they are motivated to push even harder to reach their dreams.

“Scholarships are tools for students who dare to dream big and turn the blueprint of their future into actions,” she says. “The first scholarship will create a positive cycle: more time to study, which leads to a higher possibility to get excellent grades and the opportunity to get more scholarships. This gives you the freedom to spend time on events that you are passionate about and prepare you for the future.”

Li sees her future as a corporate lawyer in North America. After receiving the benefits of starting her post-secondary education at a smaller school, she is dreaming big again of a spot at law school at the University of Toronto. She believes she will be well prepared based on the knowledge she has gained as a Political Science major and Economics minor, as well as her extensive involvement in student groups such as Enactus, the BU Politics Society, the Student Leader program and more.