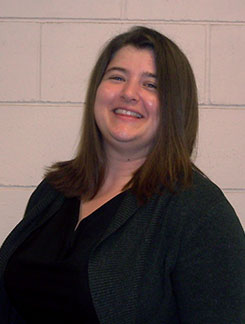 I was born on a cold winter night in Erickson, Manitoba. The first years of my childhood were spent on the family farm near Onanole before moving to Brandon with my mother and siblings at the beginning of my elementary years. Those early years on the farm have left a lasting impression and a deep appreciation for the country atmosphere. In 1990 my family grew when I gained a step-father and two more step-siblings. When all of us were together I was the second youngest with 4 brothers and a fantastic sister.

In 1999 I was proud to graduate from Neelin High School and then be accepted to Brandon University to continue my education.  After a few challenging life events I returned to restart my degree in 2009. I hope soon to be honored to be a BU Alumni just like many of the remarkable women in my family.

Throughout my life I have continuously been involved in a variety of organizations. I started judo at age 7 after watching my mother participate in a women’s self-defense class through the local judo club at the YMCA. I knew immediately and without a doubt that it was something that I wanted to do, and have continued to do so for the last 30 years. I began to assist teaching at the Brandon JudoKan as a teenager. My proudest moments were making the 1995 Canada Winter Games Manitoba team for judo, having my Sensei Silvo Sboto sign my grading to brown, the first time lifting my kata partner over my head (+200lbs!!), Sensei Don Eastman congratulating me on my black belt, and every night when I see the judoka that I teach master a new technique.  Currently I volunteer my time teaching children and adult classes through the Brandon Judokan twice a week, referee at provincial tournaments, and I am working towards my next level of black belt.

When I returned to Brandon University in 2009, I took Galaxies and Universe with Dr. Foster who ignited a passion for astronomy. I’ve been both Dr. Foster’s and Dr. Gulliver’s tutorial instructors for both Solar Systems and Galaxies and Universe since the fall of 2009. In 2010 Dr. Foster hired me to calibrate the new 16” telescope and to operate an Astronomy Outreach program through the Brandon University Astronomical Observatory for the summer. Employment through the observatory was available from May to June however the demand was year round. I continued to volunteer my time in the observatory through the Brandon University Physics and Astronomy Club in addition to on my own time. From 2010 to our current year, through the outreach program,  we have brought an astronomical experience to nearly 7000 people. Most notable events were organizing the Transit of Venus in which over a 4 hour period we hosted almost 500 people on the roof of McMaster!! I am continuously grateful to all the volunteers who helped make that evening a success, as well as many subsequent events.

I have been involved with student clubs on campus, primarily the Physics and Astronomy Club (BUPAC) as well as the Psychology club. I have served as executive on both, and as a regular member. For several years BUPAC and the faculty enjoyed interesting hot lunches. There are many who will fondly remember “Lunch Club” and pancake breakfasts for years to come. One of my proudest club moments is being a part of the executive when the Psychology Club decided to create a bursary for psychology students and actively fundraised for that purpose. That bursary should be available for psychology students to apply for now.

In the 2014/15 academic year I was honored to be the first recipient of the Shahna Bronwen Rice Memorial Scholarship in Physics & Astronomy. For several reasons being awarded this scholarship deeply moved me. I am happiest when giving back to my community, be it the physics community, bringing the gift of astronomy to the community of Brandon, or teaching astronomy and judo.

At university I have and am studying in three diverse areas. My primary focus is psychology, followed by physics and astronomy, and lastly religion.

When I returned to university in 2009, it was the intent to study psychology to work towards the end goal of a master’s in family and marriage counselling. After the loss of my father and some deep introspection I decided that I wanted to help change the world. I determined that the best way to change the world was to start with the family unit. Our experiential lives begin with our family unit, and I believed that a stable foundation would lead to a more positive future, and a healthier society.

Dr. Foster was the catalyst that encouraged me fall in love with astronomy. Since Brandon University doesn’t currently offer a specific degree in astronomy, I have pursued a minor in physics and astronomy. It has meant more math classes and a few extra years, and so far I have deemed it worth every moment. I often describe astronomy as my “rabbit hole”, as in Alice in Wonderland. It is like I enter a different world and time speeds by. Often an entire night has passed unnoticed until the sun rises.  My favorite term was when I took Astrophysics with Dr. Foster with my mom as a classmate. A souvenir from that term is a group astrophotography project in which we imaged the Crab Nebula.

The third area of study I’ve been engaged in is religion. One of the very first classes I took upon returning to BU was Introduction to Western Religion with Dr. Noll. I can honestly say it was the first time in my life I actually wanted to be awake and present for an 8:30 am class. I was fortunate enough to “hit” the rotation of courses in such a way that I was able to take the Christianity stream in chronological order. The evaluation tools learned throughout these courses have been valuable contributions to my academic tool box.

There are philosophies that I have adopted and learned from experience and observation. Simply, these statements compose my outlook on life:

Every day I am grateful to the people who have been a part of my journey that has led to these verbalized revelations.

Whenever I look towards the future I see always see two aspects of my life mixed in with others, my judo life and bringing astronomy to others. I currently plan to pursue a degree in education, with the long term goal of achieving a master’s of counselling through the education program. I am pursuing my next rank in Judo, practicing for Kata Competition, and currently contemplating the next evolutionary step of the astronomy outreach program.

1) Xisra is absolutely committed to Public Outreach and Science Promotion. NO group ever gets turned down. She will go out of her way, even to the point of re-arranging her own private schedule to accommodate a group wishing to visit the observatory. Recently she has even begun taking her passion for astronomy on the road, and not only promotes our observatory to schools and other groups in the community around Brandon but also is a student-ambassador for Brandon University.

2) Xisra’s passion is memorable and has a big impact on people she works with. Our guests remember their visits to the BU observatory, and we have a blossoming list of previous guests who now volunteer to help out at busy nights on the deck. As for Xisra’s teaching of astronomy, it too makes a big impact on her students in my 74:184 (Solar Systems) and 74:185 (Galaxies/Universe) tutorials, which she has run. There is a clear, direct correlation between students who have attended tutorials regularly, and those that emerge with a higher grade in these courses. Undoubtedly there are many factors at work here, but one of them that the students tell me is that the tutor’s enthusiasm and clear lucid memorable explanations of difficult concepts have helped them to work harder and learn more.

3) Xisra’s commitment to keeping our observatory open has undoubtedly in part been responsible for the Department’s increased enrollments in the last few years since she began at the deck in 2009. As a teaching professor in a small institution I get to know my students very well: I can recall many of them telling me that they are majoring in physics in part because of the experience they had as a junior high/senior high school student visiting the observatory. I also meet parents of children from Mini-U classes, many of which visit the Observatory with Xisra for their Mini-U experience, who have told me they want their child to attend BU for their post-secondary.

4) Xisra’s commitment to keeping our observatory open has also been critical to our department’s success in being awarded outreach grants by NSERC PromoScience for 7 of the last 8 years. These are highly competitive grants which are only awarded to those promoting science in the most productive, original and exciting ways. Xisra has been the person in charge of implementing our vision for the deck, and therefore I credit much of our success with getting federal science outreach funding to her work and dedication. Through her work at the deck, she has literally touched thousands of people: since she began, our visitor numbers have gone from 171 in 2010, to 833 in 2011, to 1621 in 2012, and have stayed near this level of about 1500 people per year. In all about 6800 people have met Xisra at our humble observatory: she has been there for all of them!