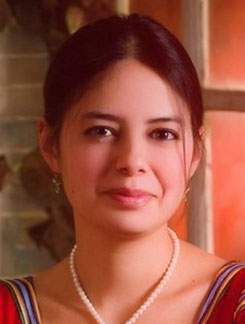 In 2008, I arrived in Brandon as an international student from Costa Rica, a Spanish speaking country in Central America. I came to Brandon University to study English and begin my graduate studies in the field of Education with emphasis in Curriculum and Instruction. I recently finished my master’s thesis, and currently I am taking a full-time program in Adult Education.

By the time I started my studies at Brandon University, the community of Brandon experienced a big influx of immigrants from Latin America. These immigrants, mostly men and a small group of women, came to work as skilled workers in the pork processing plant Maple Leaf Foods leaving behind their children and spouses. Most of these workers were recruited from low income communities in Latin America, from countries facing armed conflicts, such as Colombia, or from countries suffering the consequences of wars or wars on drugs, such as El Salvador, Honduras and Mexico. By the time they arrived in the city, English was a barrier for most of them. In this context, some of the Hispanic international students at Brandon University at that time (five or six, including myself) played an active role in the city as advocates, interpreters, and translators. We interpreted for these immigrants in their medical appointments, in courts, in schools and in other many institutions that were new to them such as Family Services or the Women Resource Center, and the Brandon YWCA Westman Women’s Shelter to mention some.  These experiences interpreting and advocating for newcomers helped us to see the difficult reality of these workers.

After a period of two to four years, the workers were allowed to bring their families. Among this new population that came with the reunification process, a huge number were women who arrived with a low or no English skills. Aware of their problems and their increasing dependence from males, I lead a group of twenty women to start the Brandon Latina Women’s Association Inc.  Throughout this organization, and in collaboration with Brandon University, these women and their families received English lessons for a two-year period in a program called English for Spanish Speakers. In this program, working as a coordinator, I became more aware of the challenges faced by this population in their efforts to learn English. These individuals were forced to develop bilingual abilities, but many of them were illiterate or had low literacy levels in their native language.

Many parents attending this program expressed that their motivations to learn English not only responded to their need to have access to labour and educational opportunities, but also to improve the communication with their children who were making of English their language of most common use.  After few conversations with these parents, their struggle to maintain the language and the scarce bilingual and heritage language instruction opportunities in the City of Brandon became evident to me.  In addition, my work as Spanish instructor in the Department of Languages of Brandon University has also allowed me to see that educational institutions do not have realistic provisions to accommodate the needs of Hispanic heritage students willing to increase their knowledge of their home language and culture. These students come to my courses with a high level of bilingualism or with fully proficiency in Spanish and their needs in terms of language learning and bilingual development are so far away of those who are non-native speakers.

The situation of these students and their parents demonstrates the lack of support that members of the Hispanic community face on maintaining their language. I decided to take some actions to support the linguistic needs of the Hispanic population in the province of Manitoba. First, I founded the Manitoba Alliance for International and Heritage Language Education Inc., to promote international and heritage language learning and preservation in the province. Second, through my master’s thesis, I investigated and described the experiences and perspectives of Hispanic immigrant parents on heritage language maintenance and bilingual education in the City of Brandon Manitoba, hoping to give a voice to these parents and their legitimate concerns. This research sought to raise awareness of heritage language maintenance issues and challenges that affect the immigrant community in Brandon.

Erika arrived to Brandon as an international student from Costa Rica in 2008. Ericka’s community service is impressive. As a response to the needs of the Spanish speaking community in Brandon, she initiated the creation of the Brandon Latina Women’s Association Inc., to support their learning of English, and social well-being.  Currently she is in the process of completing her thesis work in the Faculty of Education at Brandon University. Her thesis investigates the experiences and perspectives of Hispanic immigrant parents on heritage language maintenance and bilingual education in the City of Brandon Manitoba. She is a hardworking educator and community-member passionate about equity and social justice.