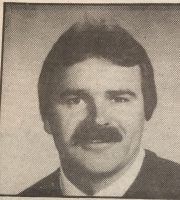 Dr. Skinner has been involved in education for the last forty years. He has experience as a teacher from kindergarten to grade 12 including multi-grade and special education classrooms. As well, his professional experience includes twelve years as a school principal in four Manitoba school divisions, including rural, urban, and northern divisions. Currently, he is an associate professor in the Faculty of Education at Brandon University where he lectures in both the undergrad program and the graduate program. He has served on a number of provincial and national committees focused on policy and legislative development in education and has presented papers at the provincial and national levels, focusing on education law, leadership, and team building. He graduated with a Doctor of Education degree from the University of Toronto in 2002, specializing in Theory and Policy Studies in Education Administration. The doctorate was preceded by a Masters’ degree in Education Administration from the University of Manitoba.

Tom has had experience at various levels of hockey in the last forty years. His resume includes head coaching experience at the AAA Midget level (Brandon Wheat Kings), Junior A level (Flin Flon Bombers), University level (Brandon Bobcats), and European pro level (Berlin Eisbaren, DEL).  He has coached in Hockey Canada’s Program of Excellence with Team Western (1987 – 1990) and has further international coaching experience with Team Canada at the 2000 North American College Hockey Challenge in Detroit, the 1997 Nagano Cup in Japan, and the 1990 Goodwill Games in Seattle. He has had guest coach appearances with the Los Angeles Kings (1998, 2001), Canada’s National Hockey Program (1993, 1997), the Minnesota North Stars (1992) and the WHL Brandon Wheat Kings (1989). Tom coached the Romanian National Hockey team from 2008 thru 2014 and also coordinated and oversaw the National Under 20 and Under 18 teams in Romania. In 2011 he helped lead the Romanian National team to a Division II world championship and promotion to Division I. Romania remained in Division I in Skinner’s last two years, finishing fourth in both World Championships. He spent 2014-16 as a mentor coach and consultant to the University of Lethbridge Pronghorn hockey teams. His coaching certification includes NCCP IV (Hockey 1998) and Hockey Canada’s High Performance II (1988). Tom is currently active as a mentor coach in the Program of Excellence, the National Coaching Institute – Manitoba, and Hockey Canada’s Coaching Development Program. He graduated with a Doctorate in Education Administration from the University of Toronto in 2003.