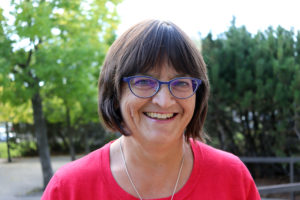 Cathryn Smith joined Brandon University’s (BU’s) Faculty of Education in 2015 after completing her PhD in Transformative Teaching, Leading and Learning at the University of Manitoba (U of M). Prior to beginning her doctoral studies she taught in the public education system for the Winnipeg School Division (WSD). She held a variety of positions at different grade levels, including 15 years teaching and 10 years as a school administrator.

While working as a school principal in Winnipeg’s culturally diverse inner city, Cathryn completed her Master of Education with a focus on General Curriculum. In her formal leadership roles she focused on inclusive education, positive behaviour supports, co-teaching, curriculum leadership and feedback for learning. By working with community leaders, she was able to establish a coalition of community organizations in the school neighbourhood to facilitate communication and improve families’ access to much-needed resources.

After leaving the division to pursue her PhD she taught as a sessional instructor at the U of M, BU and the University of Winnipeg, and supervised a cohort of pre-service teachers in the Philippines. Upon completion, she received a Doctoral Dissertation Award from the Canadian Association for Teacher Education (CATE) for her research titled Developing teacher leaders for social justice: Building agency through community, critical reflection and action. Currently she is President of CATE, which is an integral part of the Canadian Society for Studies in Education, Canada’s largest organization for education scholars.

This has been a busy and productive year for Cathryn. She received tenure and promotion, was elected Grad Chair within the Faculty of Education, completed her term as Chair of the BU Status of Women Review Committee and now is humbled to be receiving recognition for excellence in teaching.

Cathryn is proud of the BU Faculty of Education and feels that this award is recognition of the passion and expertise faculty members dedicate to providing high quality learning experiences and mentorship within their undergraduate and graduate programs.

The Award for Exceptional Service is presented to a nominee in recognition of exceptional service to Brandon University and/or the Alumni Association through a significant contribution of time. 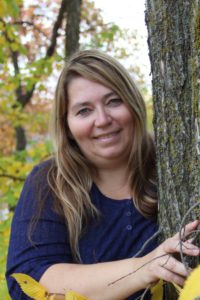 Teresa was raised within the rural community of Pipestone, in southwestern Manitoba where most of her family still reside. Born into a family of active volunteers, she began volunteering at a young age in her home community with her parents and three siblings. This carried on in later years where she volunteered in the schools she worked and lived in, Oxford House, Rossburn and Brandon. Teresa completed three degrees at Brandon University (BU) and has taught in the Brandon School Division for over 17 years.

Teresa has been an integral part of the Brandon University Alumni Association for several years. Teresa began her position on the Alumni Association Board in 2006, completing three consecutive terms ending in 2015. Teresa filled several roles throughout her time as a member, including two years as President as well as stints as Homecoming Committee Chair, Awards Committee Chair and assisting with many events throughout the years. You would also see Teresa in a different role during Homecoming Weekend, as the official photographer, attending events throughout the weekend and capturing special moments. Teresa and her son, Riley, have both volunteered their time at alumni events throughout the year, including Alumni Night at the Bobcat games and the Alumni Christmas Movie.

After serving her maximum time on the board, Teresa immediately become a member of the Westman Alumni Chapter where she served as chair for 2 ½ years and continues to be a member today, providing her guidance and expertise.

The Distinguished Young Alumni Award is presented to Brandon University Alumni, 35 years of age or younger, in recognition of their significant achievements in their profession, sport, or community service.

This year we are pleased to recognize four outstanding individuals in this category. 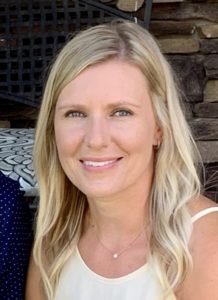 Lindsay completed four degrees at Brandon University and began her teaching career at Riverheights School before settling in at Alexander School teaching Grades 4-6. She has been the principal of Alexander School since 2016 and loves working with their amazing school team and wonderful students.

Lindsay’s background in Special Education and Counselling are valuable in her role supporting high-quality student programming and working with families to build strong home-school relationships.

Lindsay made many lasting relationships through her various courses at Brandon University, both personally and professionally. She always enjoys having Brandon University student teachers in the school, as she feels that those experiential practicums with strong mentors are impactful in preparing new educators for the field. 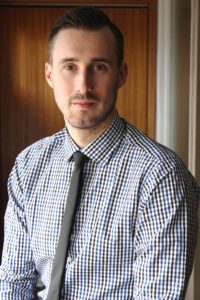 Graydon is currently the band director for Brandon West Middle Schools at Waverly Park School in Brandon where he directs Grade 7 and 8 concert band, jazz band, the divisional 8/9 wind ensemble, and is also a highly sought-after freelance drummer, clinician, adjudicator, and music educator. He is very passionate about the growth of music and music education in the region with a mission to connect, and collaborate with, members of the community.

Graydon studied jazz drum set and percussion with Greg Gatien and Ben Reimer at Brandon University and is a founding member of Trio Antipodes (Keith Price – guitar, Jeff Presslaff – piano), who released their debut album Upside Downwards in the spring of 2019. Graydon is a founding member of the Winnipeg Jazz Collective and has toured and played many concerts and festivals throughout Western Canada with the likes of Jeff Presslaff, Chameleon, Anagram, the Saskatoon and Winnipeg Jazz Orchestras, and the NuPhunk Orchestra. He is featured on recordings by artists such as Katherine Penfold and Sean Irvine.

Graydon has presented clinics and workshops with numerous schools and conferences all over Manitoba and has maintained a studio of drum set students for almost 20 years. He has performed in numerous festivals and concert series across the prairies such as the Clear Lake Chamber Festival, Moose Jaw Band Festival, the Winnipeg and Saskatchewan Jazz festivals, Nu Sounds Series, and the Brandon University Pro Series with the likes of Michael Cain, Greg Gatien, and Dean McNeil.

Graydon has served as an adjudicator at band and arts festivals and has conducted numerous school division honour bands throughout the province. He is also a long-standing jazz faculty member at the International Music Camp.

Graydon has been a board member of the Manitoba Band Association, a Brandon School Division representative for the Association of Music Administrators of Manitoba, and a treasurer for the Westman Band Directors Association. He also co-leads the Allbums Community Jazz Ensemble, is a member of the Brandon Community Band, and curates the music for the After Hours live concert and culinary series at Chez Angela Bakery in Brandon. 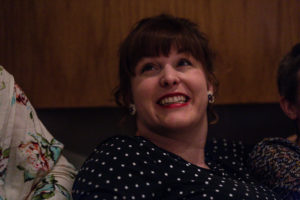 Alissa has used two of her core values – creativity and lifelong learning – to cultivate an extraordinary career that incorporates her love of Education and the Arts.

Alissa started her career teaching elementary music in St. James-Assiniboia School Division in Winnipeg. Despite leaving her permanent position to pursue life as a freelance artist, teaching remained a meaningful vocation. As a valued percussion and drama clinician, she is a regular instructor at Manitoba Theatre for Young People as well as several school divisions in Winnipeg. Her skills as an educator led to a term teaching senior drama at the University of Winnipeg Collegiate and as James Forsythe’s replacement during his 2017-18 sabbatical at Brandon University.

As an actor, Alissa has built an impressive resume, gaining credits on Winnipeg’s most prominent stages, most recently in Sense & Sensibility at the Royal Manitoba Theatre Centre. With the experience of eight Theatre for Young Audience tours across Manitoba, Alissa uses theatre as a medium to empower young people to understand and shape their worlds. In 2019-20, she was chosen to adapt and direct Prairie Theatre Exchange’s (PTE’s) family holiday show and tour, Robert Munsch’s The Paper Bag Princess. This production was Alissa’s professional playwriting/directing debut and its success has led to a future commission. As a creator, Alissa is known for her physical comedy and clown expertise. She is a founding member of the all-female bouffon ensemble, The Talentless Lumps and the clown duo The Red Nose Diaries, who were commissioned for family entertainment at the 2017 Canada Summer Games. She is currently a member of PTE’s Emerging Playwrights Unit.

The importance of lifelong learning has led Alissa to continued professional development, and in 2015 she was named the Reg Skene Emerging Artist by the Manitoba Association of Playwrights. Training highlights include a summer at Guildhall School of Music & Drama in London, England, several sessions at The Manitoulin Conservatory for Creation and Performance in Ontario, with John Turner of Mump & Smoot, and a directing mentorship with PTE’s Artistic Director, Thomas Morgan Jones, funded by the Canada Council for the Arts. Alissa volunteers her time as a speaker coach for TEDx Winnipeg, a Board member for Green Kids Inc. (a theatre company dedicated to environmental education) and is a longtime volunteer for the Winnipeg Folk Festival. One of her favourite pastimes is singing and playing the washboard for the sweet and cheeky Fu Fu Chi Chi Choir. 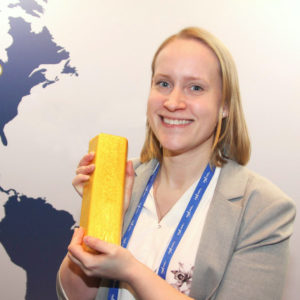 Melissa is a geologist, researcher, and deep-sea explorer. She found her passion for geology at Brandon University (BU) after taking an Introduction to Earth Sciences course with Dr. Simon Pattison in 2006. With encouragement from her BU professors, Melissa gained work experience in mineral exploration in northern Canada during the summers, where she developed an interest in ore deposits.

After completing her B.Sc. Hon. in Geology in 2010, she completed a M.Sc. at University of New Brunswick in 2012 with a focus on lithium-tantalum resources. This was followed by a PhD at the University of Ottawa where her research focused on understanding the tectonic controls on submarine volcanism and ore formation at hydrothermal vents (i.e., hot springs). At this time, she pioneered new approaches to remote-predictive geological mapping of the seafloor at regional scales (1:100,000–1:500,000) by modifying techniques used in planetary sciences.

During her PhD, Melissa also spent several years as a visiting researcher at the GEOMAR Helmholtz Centre for Ocean Research in Germany. Melissa completed her PhD in 2018 and began a tenure-track position at the University of Toronto, continuing this research and leading the new Mineral Resources and Tectonics lab. She has participated in five international multidisciplinary sea-going expeditions to the western Pacific and northern Atlantic oceans. Her current research focuses on three themes: 1) Improving the models of the underlying geodynamic factors that control the distribution of active hydrothermal vents in diverse tectonic environments; 2) Developing new approaches for exploring for inactive vent sites that cannot be located using traditional methods; and 3) Transferring knowledge gained from the seafloor to enhance exploration models for ancient deposits on land.

Melissa credits her BU professors for providing her with the knowledge, tools, and encouragement to follow her dreams.