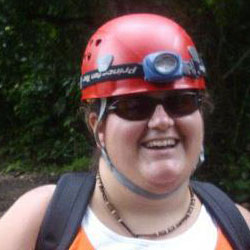 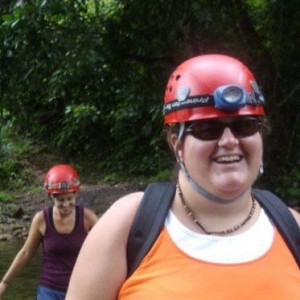 I will graduate with B.A Anthropology/Archaeology, with a minor in Music this year.  In 2010 I took the Archaeological Field School – Belize Valley Archaeological Reconnaissance Project in San Ignacio, Belize. I graduated from Virden Collegiate Institute in 2001.

I was born and raised in Brandon, the eldest of five to parents Brent and Jackie. Growing up my parents provided us with the best opportunities and experiences they possibly could, supporting us in everything we choose to do. From a young age I participated in Brandon’s Jack Rabbit Cross-Country ski club along with my Grandad, Aunt and Uncle. I competed in cross country skiing until the age of 14, participating in many races including the 1995 Manitoba Winter Games.

Music has always been a large part of my life. I have been a member of various choirs including the Brandon Conservatory Chorale, Virden Collegiate Institute (VCI) High School Choir, Sweet Debut, Brandon University Chorus, Mecca Community Choir, and Bel Canto. I have also been involved in many groups as an instrumentalist playing in VCI Band, Brandon University Wind Ensemble and Orchestra, Collegium Musicum, and the Brandon University Flute Choir.

I like to think that my family influenced my interest in history, my Mum and her family moved from Ireland/England when she was young. I grew up listening to stories of Ireland, the places my Grandparents had been, and the history. My dad’s interested were a bit closer to home; he has always been interested in Canadian History, going so far as to collect fur trade era artifacts and antiques. When I was approximately 13 he and I pulled a bison skull out of the river bank near Miniota, I knew then that I was going to do archaeology at some point in my life.igHigh

Having studied music all my life, I started university in the Music program under the direction of Professor Robert Ford. My love for early music quickly became apparent (Baroque, Renaissance, and Medieval). I played in the Collegium Musicum directed by Professor James Mendenhall. At this time I was doing Anthropology as a minor alongside my studies, as I became more immersed in early music my focus shifted to the peoples who wrote the music I was studying.

I have always been interested in history; Archaeology gave me the chance to study ancient peoples, to look at what they left behind and try to decipher how they lived. In my first year of studies I took the course Archaeology of the America’s which got me hooked on North American archaeology.

I love the challenge that studying archaeology provides. Being a holistic field we get to study everything (biology, geology, geography, forensics, psychology, art, etc.). When asked why archaeology I’ve often replied “We [as archaeologists] get to play in the world’s largest sand box.” It is exhilarating and humbling to be able to uncover some our past histories.

Take life one day at a time, and when you get to the point, and you can look back on it, be proud of all your experiences. Your mistakes are just as important as your accomplishments, embrace them and learn. Never stop learning!

I’d like to be working in Archaeology, and traveling. I would like to go work overseas in Ireland or England. I would also like to go back to Belize to work there again. Where ever I end up, I can only hope that I will be the best that I can be.

Megan is finalizing her degree in Anthropology,.  She has worked for Mini University summer camp, as an instructor, administrator and helper in various capacities.  In her busy schedule she volunteers in various capacities both internal and external to the University.  She sings in the BU choral, plays many musical instruments, helps out in the broader Brandon community events including the Winter Festival, winter fair, Folk Festival, various fundraising endeavors. She is a very pleasant, responsible, reliable, willing person who gets along well with everyone – a very deserving candidate for this honour!