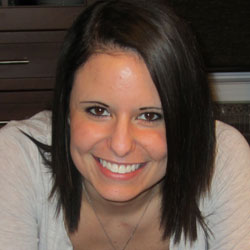 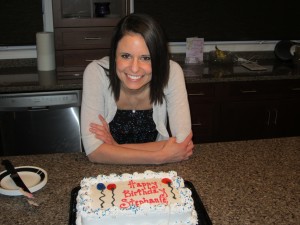 I attended elementary school at St. Augustine’s and high school at Vincent Massey here in Brandon where I graduated on the honour roll. After graduating high school I enrolled here at Brandon University. I am currently in my fifth year of studies working on my double honours major in Mathematics and Political Science.

Some other things that I am proud of this term is the two events where I was one of the organizers. The first was the “Idle No More: What does this mean to me?” which was an event on campus that I worked with the Brandon University Aboriginal Student Council on. The event was for not only the students but the community to come together and discuss what Idle No More meant to them. It was a great event that I was proud to be a part of. The second event during the same week, which I worked on with the Political Science Club, was the event with Liberal Leadership hopeful Justin Trudeau. Since I am the Vice President of the club I had the opportunity to organize the event, which was well attended and was an event for students and the community.

I also had the privilege of serving as the Women’s Commissioner on BUSU this year, which has been a great opportunity and I am proud of the accomplishments that we have made as a council. I have enjoyed serving the students and making BU a better place for them.

Through my position as Women’s Commissioner I have been able to help students in many ways. One of the things I was able to organize for the first time at BU was to take new international students at our university on a tour around Brandon so that they were able to familiarize themselves with our city. It was great to get to know them and for them to know some of the important places around Brandon.

I was born and raised here in Brandon. I grew up playing a number of sports throughout school, from volleyball to basketball to badminton. I tried to be involved in as many sports as possible. I also used to be involved in Taekwon-Do for 7 years, where I obtained my first degree black belt in 2003. I am currently the Women’s Commissioner on BUSU and I am the Vice President of the Political Science Club here on campus.

I am studying two areas at Brandon University, Political Science and Mathematics. I found myself getting interested in Political Science when I was in grade 10 at my high school. I found that my social studies teacher made politics interesting, by creating hands-on assignments. I remember for one of our projects we ran an in-class election for a week, and it made me so interested in politics and from that point on it has always been an interest of mine. The other field I am studying is Mathematics, and I found that I started getting interested in the area after I took Introduction to Statistics here at Brandon University. I found that I enjoyed figuring out math problems so I decided to continue on and major in the subject.

I truly believe that you should treat others the way that you want to be treated. I feel that everyone should be treated equally in every situation. If everyone followed this logic the world would be a better place.

I am not entirely sure what the future holds for me, but I know that wherever I end up I will be doing something that I love. I do intend to continue on in my schooling after I graduate from Brandon University and I know that my studies will take me into a career that is political in nature. At the end of the day as long as I have people around me who I care about and a job I love that’s all that matters.

Stephanie Bachewich is pursuing a double major in Political Science and Mathematics, an unusual combination, but she is meeting admirably the obvious challenges involved in studying seemingly disparate disciplines. Academically, she is one of our best students, having received A’s almost exclusively in her three years as a major. She is also very involved in student activities, and is currently Vice-President of the Political Science Club and an elected executive member of BUSU. From all accounts she has performed very well in all these tasks; she cares about her fellow students and is sensitive to their concerns. In return, she is well-liked by her peers.  We believe she makes a great nominee for this year’s awards.