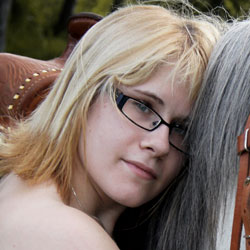 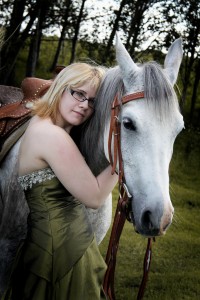 I graduated from Neelin high school in 2010, after which I started studying at Brandon University in September of 2010. My original plan was only to take the prerequisites required to go into pharmacy. However, I am currently in my third year and have since switched my degree to do a double major in Chemistry and Physics and a minor in Mathematics.

There are a couple of academic accomplishments that I am very proud. To begin with, in high school I was on the honours roll for most of those years and I won many awards for high grades in the sciences which I worked hard for.  In addition to this, I earned International Baccalaureate (IB) certificates in both standard level Chemistry and higher level Biology. Upon graduating, I received the general proficiency and a few notable scholarships. Later on, after my first year of university I received the Dr. N. Demchuk Memorial Scholarship in General Chemistry and the Andrew Kossak Bursary in Physics, both of which I felt profoundly blessed to be awarded since these were my favorite subjects during my first year. After my second year I applied for a NSERC USRA in Chemistry to work with Dr. Berry over the summer and I was awarded one, which again I was very happy about. Furthermore, I received the CSC Book award in Chemistry after my second year and I am on the Honours list for Brandon University for both my first and second year. In terms of volunteer work that I am proud of, during the summer I try to volunteer at the Brandon Humane Society as much as possible as I have always loved animals very much.

I am a very shy and quiet individual, which I know many people can find frustrating when trying to deal with me. It is something that I constantly strive try to work on getting over every day, but it can be very hard at times. I grew up in various foster homes since I was about five years old, moving around Winnipeg and Brandon quite a bit. However, when I was in grade seven I moved to Brandon from Winnipeg to live on a farm where I stayed until I graduated from high school. I have always had a strong love for animals, so growing up on a farm was one of the best experiences in my life. While living there I had many different animals as pets, from kittens to little baby goats! When I was fourteen years old I was even given a yearling horse that I trained all on my own. I miss the farm very much and can’t wait to have one of my own once I have completely finished school.

I had a hard time coming up for an answer for this section. When I think back, I remember that I first became interested in the sciences in high school, because I had a couple of teachers that were very supportive and encouraging. However, I have had many experiences since then that have influenced my decision to stay motivated and ambitious to reach my goals and continue studying Chemistry and Physics even though both can be very difficult and frustrating subject areas at times. Personally, I think I would contribute the fact that I have been able to stick out this degree over such a long time and stay interested in the subject areas to the amazing faculty in both the Chemistry and Physics departments at this university. They have always been very encouraging and helpful even when I was feeling particular discouraged about attempting this degree.

This might sound a little cheesy and cliche, but my philosophy in life comes from a quote of someone I really admire: Professor Stephen Hawking. I admire him because even though he has had such a difficult life he has gotten very far, and I think that this is extremely impressive. I have not studied his particular research in any depth, so I don’t have much of an opinion on that at the moment. Although, one of his quotes is one I try to live by, especially when I feel rather discouraged:

“Remember to look up at the stars and not down at your feet, try to make sense of what you see and wonder about what makes the universe exist. Be curious. And however difficult life may seem, there is always something you can do, and succeed at. It matters that you don’t just give up.”

I have strong ambitions to further study Chemistry and Physics in more depth. Therefore, I hope that I will be able to go to graduate school once I have finished my degree here. My final goal is to obtain a PhD.

Tara is both very bright and especially hard working and is therefore deserving of this award.