The Agassiz Chamber Music Festival commissioned this composition for a program celebrating the sesquicentennial of Canadian Confederation. By attaching a broader geo-historical context to the otherwise abstract music, the composer attempts to engage the listener with a number of significant issues, ranging from climate change to decolonization.

Cultural initiatives formed an important component of the Canada 150 celebrations, with many new works designed to focus attention on the positive qualities of Canadian society. Some members of the Indigenous community criticized the celebrations for ignoring the significantly longer history of their habitation in this geographic region and the many hardships they continue to suffer in postcolonial Canada.

100,000 Lakes is a work for string quartet and piano. By providing a contextual program note and descriptive titles for each of the four movements, I have attempted to supply the audience with possible starting points for their listening journey.

Many concert music organizations now engage in pre- and post-concert discussions. Audience members have an opportunity to verbally interact with the musicians. While this work may simply be listened to in the abstract, I have tried to position it in such a way that it may engender discussion of several significant topics relevant to contemporary life.

While this work was commissioned for a sesquicentennial program, I chose to take a longer geo-historical view. The name of the commissioning organization references the body of water that once covered this region. The music is not programmatic (it does not mirror a narrative story in its formal construction). However, it does forge a metaphorical connection between several concepts or images and the musical material.

The chief vehicle for this connection was the explanatory note found in the concert program. For the premiere (and a recent performance on the Brandon Chamber Players series), I also provided an introduction from the stage.

Excerpt from the program note:

Canada has almost 10 million square kilometres of amazing geography, with a population of just over 37 million. While Canada, as a modern country, is celebrating its 150th year, humans have called this place home since shortly after the last glaciers retreated south—about 10,000 years ago. The Wisconsin glaciation lasted almost 75,000 years; its meltwater formed Lake Agassiz, with an area larger than all of the current Great Lakes combined. Most of Manitoba was submerged, with Winnipeg at times under 213 meters of water.

As I was writing this piece, I started imagining how the power of that giant sheet of ice, and the floods that followed, impacted the land to produce the beautiful places we call home. Hopefully, this music makes a small contribution to the evolution of our human geography, as we produce a Canadian culture that embraces beauty in all its forms. The four movements are:

What the composer found

Following the performance of this piece, several audience members approached me to share how they connected to the music. One spoke of the impact the glacier had on their farmland, leaving many different sized rocks for them to plow around. Another commented on how they had never thought about the formation of Manitoba’s 100,000 lakes.

While composer Igor Stravinsky famously believed that music is “essentially powerless to express anything at all,” the careful use of verbal contextualization of compositional inspiration and various types of metaphor can help the listener to engage with intellectual concepts. This may, in turn, provide a deeper aesthetic experience to the listener and opportunities for engaging audience members in matters beyond the purely sensual or abstract elements of the music.

The composer acknowledges the generous support of the Manitoba Arts Council, as well as Manitoba Film and Music. 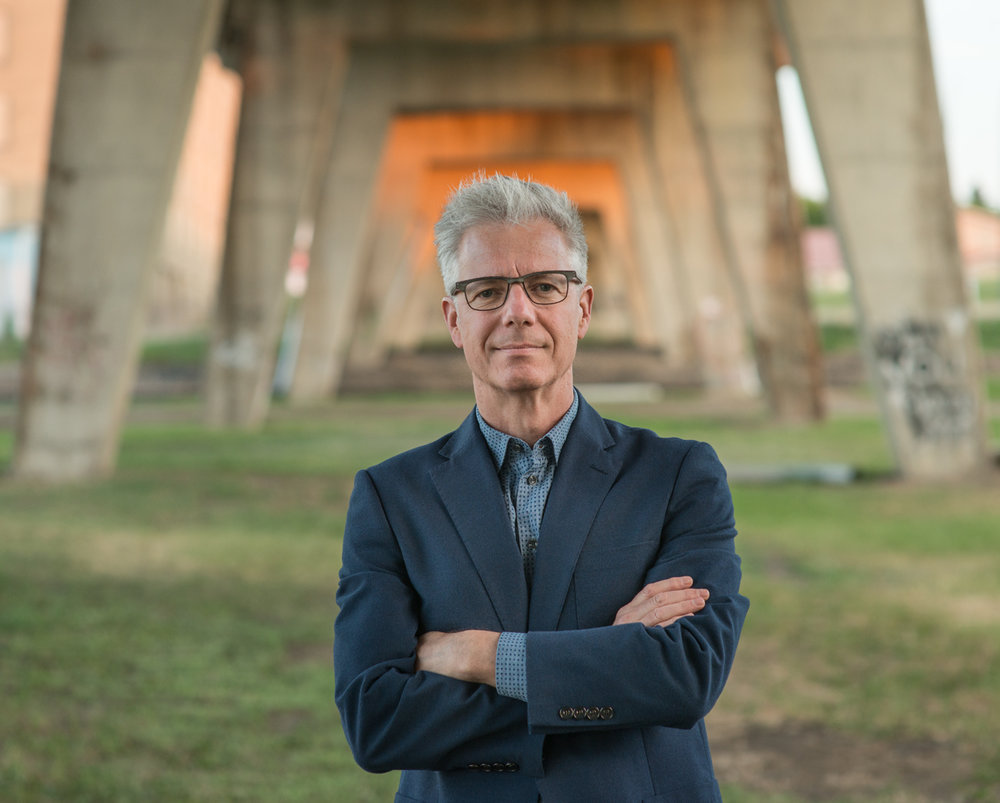 T. Patrick Carrabré is currently a Professor of Composition in the School of Music at Brandon University. His work has received multiple JUNO and WCMA nominations. He has been Dean of Music and Vice-President (A&R) at Brandon University, as well as composer-in-residence with the Winnipeg Symphony Orchestra and an on-air host for CBC Radio 2.