Metaethics is an area of philosophy that examines the meaning and function of moral vocabulary. For example, can terms such as “right,” “wrong,” “good” and “bad” be used to state truths about the world? Or do we use them to do something more akin to expressing our feelings? Recently, a growing body of research has turned its attention to metaepistemology. This research parallels metaethics in that it examines the meaning and function of an area of normative discourse. However, metaepistemology differs in that it focuses on epistemic discourse—on the language that we use to evaluate our intellectual lives, including terms such as “rational,” “wise,” “knowledgeable,” and “reasonable.”

While expanding, the field of metaepistemology is still young, and there remain many unanswered questions about the meaning and function of epistemic discourse. Our research has implications for a central question: What sorts of fundamental similarities and differences might there be between moral and epistemic discourses? What does it really mean to say that they are both “normative?” Gaining a better understanding of this is important because it can lead to a better understanding of the meaning and function of normative vocabularies more generally, as well as differences between them.

One standard answer to the question of what it means for moral discourse to be normative, is that moral judgments are in some way deeply connected to our desires, or what we want to be the case. When we judge that we morally ought to do something, typically we tend to feel at least some degree of motivation towards doing that thing (even if this might be overridden by other concerns). We approached our research by investigating whether epistemic judgments might also, somehow, be deeply connected to motivation (to our desires, inclinations). For example, if someone judges that it is irrational to believe that climate change is a hoax, does this imply that they are motivated to do anything in particular? If so, what might that be? Epistemic judgments typically concern our beliefs, or what to think about the world around us. People are not normally capable of believing things about the world around them, simply because they want to. Try it now: If you had the opportunity to win $1,000 by sincerely believing that Brandon is the capital of Canada, could you do it? These issues intersect in fascinating ways with the question of the potential connection between epistemic judgment and people’s motivation. How might we spell out the idea that there is a deep and interesting connection between epistemic judgment and motivation while doing justice to the intuitive idea that people don’t normally form beliefs just because they want to?

This research can be used to support and develop further foundational research at the intersection of the theory of knowledge and metaethics. It can also be used by researchers working at the intersection of philosophy and psychology; for example, it can help connect work being done on the psychology of belief-formation with questions about the meaning and function of normative discourse. 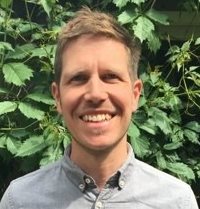 Cameron Boult is Assistant Professor of Philosophy at Brandon University in Brandon, Manitoba.

Sebastian Köhler is Assistant Professor of Philosophy at the Frankfurt School of Finance and Management in Frankfurt, Germany.