A music history of Métis song

The Métis have a rich legacy of old French song, notably in the songs of Réal Boucher, who was raised in St. Louis, Saskatchewan. Whidden’s initial research was a response to Réal’s request in 2015 to help preserve and share his wealth of song. After a visit to his retirement home in Morrisburg, Ontario, he handed her the songs, a lengthy family history, and other invaluable contextual materials such as photographs and a songbook assembled by his sister for a 1982 family reunion.

While western music history is well studied, Métis and Aboriginal song contributes significantly to world music history, and it needs to be enfolded into the academic discussion. Further, Réal’s Métis songs enrich Canadian history as they were carried from Normandy, France, to New France, to Red River, and finally to the Northwest, now Saskatchewan. The Boucher family brought their songs to ‘Canada’ in 1634 and continue to sing them in the twenty-first century.

And, of course, songs need to be sung. So far, to fulfill Réal’s hopes, three performances have featured the songs of Prairie Métis. In 2016, Réal was able to attend the 14th Montréal Baroque Festival, Chapelle Nôtre-Dame de Bon Secours, where he heard several of his songs performed to a delighted audience. Sadly, Réal passed on before he could attend the 2018 performance of From Paris to the Prairies in Nine Métis Songs, sponsored by both Brandon University School of Music and the Manitoba Métis Federation. On September 20, 2020, Réal’s songs were again featured in a Cleveland, Ohio, show, Les Délices—an online program focused on early music called SalonEra. Artistic Director Debra Nagy featured a range of mostly early music performers (and ethnomusicologist Lynn Whidden) discussing their work and sharing pre-recorded performances.

Considerable research is required to transcribe and analyze changing music styles from the seventeenth to twenty-first century and to contextualize the songs in their time and place.

Whidden has travelled across the three Prairie Provinces interviewing and recording Métis singers; she has found musical treasures in the St. Boniface, Manitoba (Henri Letourneau collection deserves special attention), Saskatchewan and Alberta Provincial Archives, and in a few libraries such as the one in Prince Albert, Saskatchewan.

For many of the songs, online resources provide remarkable detail; then there are previous studies of old French song: Ernest Gagnon, Conrad Laforte, and Marius Barbeau, to name only a few.

In addition, Whidden has made preliminary explorations of the holdings in the Bibliotèque National in Paris.

The research, when published online and in print, will provide a wealth of song for singing and playing as well as historical material for musicologists.

Credit goes to Brandon University’s former Dean of Music, Lawrence Jones, who encouraged my initial study of Métis music and to the current School of Music Dean, Greg Gatien, who supported the 2018 show From Paris to the Prairies in Nine Métis Songs and his capable music students who performed some out-of-the-ordinary music and languages including Michif. Matthias Maute, McGill University, and Debra Nagy, Case Western Reserve University also deserve a mention for taking a chance! And a big thanks to the Manitoba Métis Federation and musician Ray St. Germain, who have supported two concerts of Métis song and history: the above mentioned From Paris to the Prairies in Nine Métis Songs and a Métis Suite, 1994, performed in Winnipeg under the auspices of the University Women’s Club and the then Lieutenant Governor of Manitoba, Yvon Dumont. 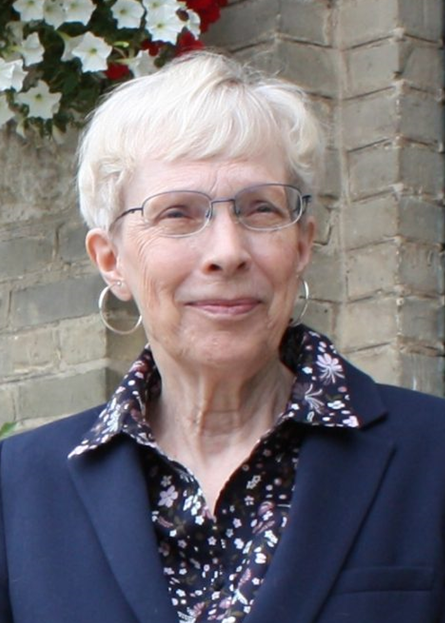 Lynn Whidden, now Professor Emerita, has a long career of teaching and research, most of it at Brandon University.