Alternate Riel-ités: What can we learn from studying music about Louis Riel?

Fifty years ago in 1967, Canada’s 100th anniversary was marked by a flurry of musical commissions, the most prominent of which was the opera Louis Riel, with a text by Mavor Moore and Jacques Languirand and music by Harry Somers. The opera was commissioned for the Canadian Opera Company in Toronto and was supported by a number of national arts funding bodies. Creators and critics alike commented that the opera represented a multiplicity of Canadian identities, encompassing French and English, Aboriginal and non-Aboriginal, and West and East. This year the Canadian Opera Company is mounting a revival of Somers’ opera to mark Canada’s sesquicentennial. This opera was created without input from the Métis community on the libretto, music, or production, so its revival for a Canadian anniversary is controversial.

Why this research in important

Music plays a role in both reflecting and creating our histories. Important dates and anniversaries prompt us to take stock and reshape those histories. Fifty years ago, Canada’s 100th birthday was an important occasion for national redefinition and this year, the sesquicentennial provides another such opportunity. Responses to this anniversary range from celebration to grief, and music participates in those responses, providing us with an opportunity to redefine ourselves, tell our stories in different ways, and set our nation on a different trajectory. This research takes a critical look at Somers’ 1967 opera, its revival in 2017, and how this work is part of a larger body of musical works with Louis Riel as subject. This project addresses a number of questions: How has the story of Louis Riel been shaped by musical works that take Riel as subject, including Somers’ opera? How can the meaning of a musical work shift depending on when and where it is performed? How can opera directors and performers creatively re-interpret works to tell different stories? Can we find value in historical works by putting them in a discursive relationship with works that tell alternate stories? Some music researchers are calling for the decolonization of Canada’s music community, highlighting the need for a reconsideration of the opera Louis Riel and other works that include representations of Aboriginal peoples.

How the research is being done

To answer these varied questions, I have been developing strategies to both broaden and deepen my inquiry. In addition to consulting Louis Riel’s correspondence, I am reviewing the literature on Louis Riel and Métis history and culture. I am using the identity categories (such as hero, traitor, mystic, madman, etc.) outlined in Albert Braz’s The False Traitor: Louis Riel in Canadian Culture (2003) as a model to discuss identity construction. To develop a broad view of how music about Riel has reflected and shaped histories, I have been collecting scores and recordings of music with Riel as subject. Close readings and analyses of specific works or groups of works will act as case studies that provide depth to my study. While an overwhelming number of the pieces about Louis Riel are folk songs that represent Riel as a hero, my first case study concerns two pieces outside this model—Somers’ 1967 opera and a 2013 oratorio titled Empire Étrange by Cree composer Andrew Balfour.

While still in the early stages of research, my first case study has been fruitful. Both Somers’ and Balfour’s works give a prominent place to Riel’s prophetic vision, the part of Riel’s story most open to a variety of interpretations. A close reading of the vision segment in the opera and the oratorio suggests two very different constructions of Riel’s identity, one as a Catholic religious fanatic who may have been mentally ill and another, as an Aboriginal man beleaguered by a trickster spirit. Interpretations are never apolitical. A reading of the opera’s vision as a symptom of mental illness suggests recolonization, as Riel’s detractors could have used psychiatric disenfranchisement as a colonizing strategy. On the other hand, an interpretation of the vision that attends to aspects of Aboriginal spirituality allows the work to participate in decolonization.

This research will contribute to a productive model for enacting decolonization in the arts, one that promotes collaboration between Aboriginal and non-Aboriginal artists, demonstrates how a musical work can elicit different meanings in a new performance context, and promotes a discursive relationship between works from settler and Aboriginal viewpoints. Some of this research will be presented at events in Toronto in conjunction with the revival of Somers’ Louis Riel this month. 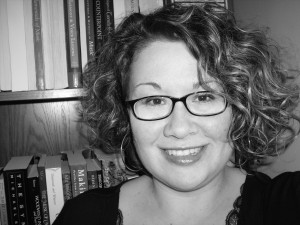 Dr. Colette Simonot-Maiello is Assistant Professor of Musicology and Chair of Music Research at Brandon University’s School of Music. Her graduate work on the mystical mad scene in twentieth-century French opera has led to two forthcoming articles and is directly connected to the Riel project.