Canada’s 150th anniversary was marked by hundreds of celebratory artistic commissions, performances, and exhibitions across the country. One of Heritage Canada’s signature Canada150 projects was Landmarks2017; a series of multidisciplinary art projects inspired by nature, in connection with Canada’s National Parks. Five curator+artist teams led projects, and I was invited to create a new sound piece to accompany the work of one of the selected visual artists; Michael Belmore. Belmore’s piece, Coalescence, is a sculpture in four parts that spans thousands of miles between SK and MB, tracing the historical path of the glacier that once covered much of North America and linked the Prince of Wales National Historic Site (Churchill), The Forks National Historic Site (Winnipeg) Riding Mountain National Park and Grasslands National Park. My task, in this commission, was to link the unique environments and sonic characteristics of the four geographical areas by interpreting and translating environmental data into a new musical score.  The resulting composition—Sounding the Wake of a Glacier—functions as an atlas of sound, bringing these four sonic environments together through field recordings, transcription of animal calls and musical interpretation of climatic and hydrological maps of the four regions.

The first phase of this project involved making field recordings in each of the four sites, capturing birdsong, coyote howls, beluga whales, frogs, crickets, water from rivers, rain and the ocean, and more than enough wind. I then selected excerpts to transcribe onto the musical staff, and began to read them at the cello, both literally as musical notation or as gestures to direct improvisation. In the second phase, I consulted BU’s map collection and in particular, historical climatic and hydrological maps of the four regions. I was fascinated by the beauty and detail of these maps, often including brilliant colour and elaborate designs. I chose a series of maps cataloguing changes to annual rainfall and average mean temperature in the four sites and overlayed the actual map design gestures onto musical staff paper. Once again, I then read these as musical notation or types of graphic scores and took them as cues for melodies, gestures, and timbres. In the third phase of the project, I selected actual samples from my field recordings to incorporate as a textured soundscape into which musical interpretations of the maps and animal calls were integrated.

This project revealed similarities between communication systems: the coding of maps as related to the coding of music notation and graphic scores.  Certainly I’m not the first to do this (John Cage wrote a series of pieces entitled Etudes Borealis based on Northern Hemisphere star charts, for example), but including map study and re-interpretation into my practice of site-specific, or place-based, environmentally-responsive creative work adds new, rich elements to explore through sound and score creation.

The research also revealed surprising similarities between seemingly contrasting sonic environments through analysis of the field recordings: it turns out that the coyotes of Grasslands National Park and the belugas of the Churchill River Estuary sing remarkably similar songs, sharing a very close high-frequency range. Some sounded like echoes of the other—it was uncanny. Audio ecologists and biologists would likely explain that animals evolve to audiate in a fashion and in a frequency that is unlike any other animal in their immediate environment.

The recording can be heard via this link: https://landmarks2017.ca/info/michael-belmore/leanne-zacharias-sounding-wake-glacier/

All cello sounds transcribed, improvised and performed acoustically by Leanne Zacharias. Sounding the Wake of a Glacier was conceived to be streamed and heard in conjunction with the experience of visiting Michael Belmore’s Coalescence sculptures, to be situated in four sites: The Forks, Grasslands National Park, Prince of Wales Historic Site and Riding Mountain National Park. 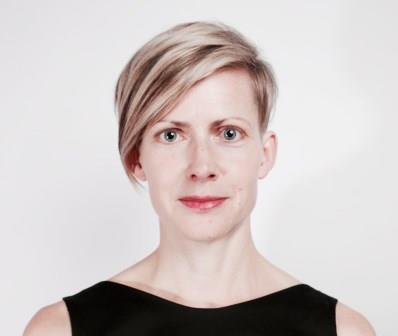 Dr. Leanne Zacharias is Associate Professor of Cello, Chair of the School of Music Applied Performance Department and co-directs the summer workshops A Wild Studio (in Canada National Parks) and Hybrid Intensive (San Francisco). With support from the Canada Council for the Arts, Manitoba Arts Council, BU Research Council and the Getty Fund, her ongoing performance project Music for Spaces explores natural and built environments with sound and unique, intimate performance experiences. She performs across genres and geographies, collaborating with songwriters, composers, architects, and artists of all stripes.