Remote sensing is defined as the acquisition and analysis of data collected for an object, area, or phenomena without direct contact. Traditional forms of remote sensing include imagery acquired by satellites and aircraft using cameras or other electro-optical sensors. Imagery acquired with an Unmanned Aerial Vehicle (UAV) is a form of remote sensing not unlike the satellite imagery seen in Google Earth, Google Maps, or other online mapping applications. It can provide more detail (i.e. higher spatial resolution) than many commercial satellites or airborne sensors. The most common scientific applications of UAV imagery include the classification of images to produce land cover and land use maps and the development of high resolution 3-dimensional terrain or surface models called DEMs (digital elevation models).

There is a rich tradition in the natural sciences of utilizing remotely sensed imagery for mapping Earth’s surface and creating 3D terrain models; however, cost and availability have always been limiting factors. These limitations have been eliminated with the widespread availability of inexpensive UAVs capable of acquiring high quality imagery essentially anytime the user desires. The result has been the rapid and widespread adoption of UAV technology across a range of scientific disciplines, including those that had not previously embraced traditional remote sensing (e.g., archaeology).

Concurrently, software providers have taken advantage of recent developments in computer vision and image processing techniques to produce applications such as Pix4D, Mosaic Mill, and AgiSoft Photoscan; which are capable of producing point clouds, 3D terrain models, and orthophoto mosaics that are nearly as accurate as terrestrial and airborne laser systems. These applications utilize the changing position of features imaged across successive photos to construct 3D models using a photogrammetric technique called structure from motion (SfM). This technique identifies millions of feature positions identified across hundreds of photos taken at various altitudes and angles using an automated key-point detector called a SIFT (scale invariant feature transformation) algorithm. Exactly how the SfM and SIFT algorithms are implemented in any application is proprietary knowledge and it is very important for the accuracy of these terrain models to be evaluated since they are often used as input to expert and decision support models.

Evaluating the accuracy of UAV-derived DEMs requires the collection of ground truth at greater levels of accuracy to use as a benchmark of comparison. Consequently, survey grade GPS equipment and a total station were used to collect 3D coordinates at two study sites located in the sand hills in and adjacent to CFB Shilo, Manitoba, at accuracies ranging from a few centimetres to millimetres. Imagery was then obtained for these same areas using three different UAV platform and sensor configurations at various altitudes, spatial resolutions, degrees of image overlap, and combinations of vertical and oblique imagery. Different software applications were then used to generate UAV-derived DEMs.

The contributions of student collaborators and field assistants, colleagues at Brandon University, and staff at CFB Shilo are gratefully acknowledged.

Results indicated that the accuracy ranged from approximately 15 cm down to as little as 3 to 5 cm and was primarily dependent on image overlap, spatial resolution, and the inclusion of oblique imagery. Overall, DEM accuracies were typically 3 to 5 times higher than the spatial resolution of the imagery obtained but could be improved by adding oblique imagery, even when reducing the number and overlap of vertical photos. In addition, a protocol for evaluating the accuracy of UAV derived DEMs, similar to that recommended by the American Society for Photogrammetry and Remote Sensing for evaluating terrain models derived from laser altimetry, was developed.

One of the few disadvantages of UAV imagery is the limited area that can be covered compared to satellite or aerial equivalents. The study areas described above were only a few tens of hectares in size, yet hundreds of photos and several UAV flights were required to collect the imagery. Evaluating various flight parameters and establishing ‘best practices’ for collecting imagery used to develop UAV-derived DEMs that requires fewer photos and, therefore, fewer flights, can significantly reduce fieldwork costs and image processing time. In addition, the adoption of a standardized protocol for assessing and reporting accuracy facilitated evaluation and reporting of results. 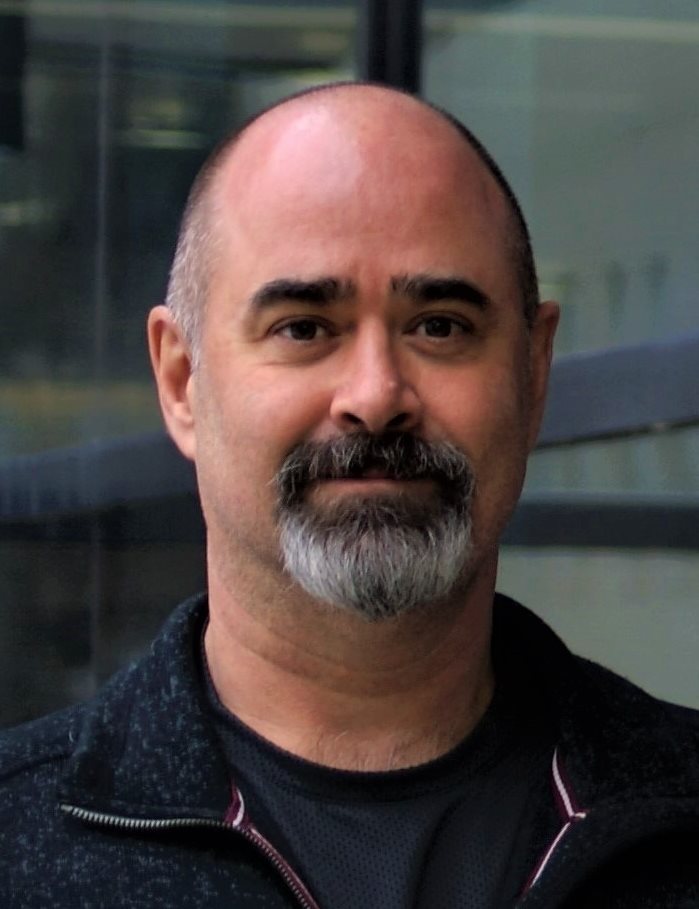 Dr. Dion J. Wiseman is a professor of geography at Brandon University and teaches courses in introductory physical geography and geomatics.

Mr. Jurgen van der Sluijs completed his honours degree in geography as part of this research.

Mr. Tobi Hoffer is a recent graduate of the geography program and completed a geomatics concentration while working on this project.