Franck’s position in the history of music is unusual, perhaps even unique. On the one hand, many of the pieces he wrote in the last decade of his life are standard repertoire for pianists and violinists in particular. He is also recognized as a seminal figure in French music at the turn of the 20th century. On the other hand, Franck’s music and influence are relatively underrepresented in North American scholarship on music. This study aims to establish a framework for addressing the difficulties surrounding the analysis of Franck’s music created by his problematic place within the musical canon. To better understand Franck’s music, this project challenges dominant narratives within the field of music theory by focusing on the composer’s musical education and early works, teasing out threads of influence from French and German national styles.

Studying Franck’s early compositions challenges the assumptions behind two paradigms of musical scholarship that remain dominant despite several years of deconstructive scholarship. The first is the narrative of musical nationalism applied to the history of late 19th century music. As a Belgian-born composer of Germanic origin who spent most of his career at the Paris Conservatoire, Franck’s national identity is at the very least difficult to establish. When his reception in the early 20th century is added to the mix, his position becomes even more ambiguous, given his status as a model of French music in the tradition of Beethoven and Wagner (two giants of the German musical canon.) The second paradigm being challenged regards the study of masterworks. There is an often unacknowledged bias toward works composed in the later portion of an artist’s life, or at least works composed after their author is deemed to have achieved professional status.

A focus on Franck’s formative years and early career, therefore, helps to shed light on the genesis of the composer’s identity (stylistic, national, or otherwise), as well as to determine how his musical style developed overall. Scholars interested in the intersection between national identity and musical composition, or those interested in the reception of Franck’s music might find this research valuable. It can equally be of interest to historians of music pedagogy and the history of music theory.

The first pass at archival research was accomplished in the summer of 2017. I travelled to Paris and Brussels to study and transcribe autograph manuscripts and sketches of Franck’s student exercises and early compositions held at the Bibliothèque nationale de France and the Bibliothèque royale de Bruxelles. I am now in the process of completing a detailed musical analysis of the harmonic, melodic, rhythmic, textural and formal particularities of these scores, with the help of two undergraduate research assistants, Charlie Carrier and Jessi Gilchrist.

To date, several observations can be made about Franck’s training and early compositions. The young Franck greatly favored the piano, no doubt in large part due to pressure from his father, who wanted him to become a virtuoso pianist. Many of the earliest compositions are variations on popular tunes, which allow for a compositional study of variation techniques, but also give appropriate latitude for composing popular virtuosic repertoire. More interesting are the harmonic and formal characteristics of these early works. In all, they are essentially neutral; they don’t display any characteristics that can be ascribed to a distinctive national style, or to Franck’s own individual style as apparent in his later works. This leads to two possible conclusions: (1) that Franck’s journey toward a personal style was unusually long for a composer whose works hold an important place in the repertoire; and (2) that the link between a composer’s roots and national identity needs to be re-examined, at least in this case. More work needs to be done to verify each of these conclusions.

Funding from the Brandon University Research Committee enabled the archival portion of this research project. 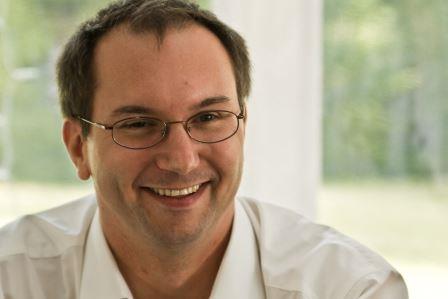 Jon-Tomas Godin is Assistant Professor of Music Theory in the School of Music at Brandon University. His research interests include musical form, harmony and tonality, Schenkerian analysis, and music theory in the history of ideas. He holds a Ph.D. from Université de Montréal.