Cultural identity and the jazz idiom

The slave trade transported countless millions of Africans throughout North and South America and the Caribbean, and along with those peoples naturally came a rich fabric of culture. The conditions of slavery, however, prevented the overt and direct acknowledging of those cultures by the dominant society. Consequently, the mythologies, art, and traditions of the transplanted peoples were forced into underground, coded, and hidden forms to the larger Eurocentric viewpoint. My research is aimed at reconnecting the various branches of Jazz, modern and popular music, with their larger historical African roots, with the purpose to better understand how these traditions have moved from their African origins and spread throughout the African diaspora.

There are, perhaps, two main reasons that this research is important. The first being any idea of reparations for indigenous cultures needs to be more than monetary, it needs also to include the accurate identifying of cultural traditions that have been appropriated. This identifying creates a context that can help “return” a tradition to the people and culture from which it came. Secondly, in my field of music, specifically Jazz, it is a notable fact that the vast majority of African American Jazz musicians throughout history hated the term Jazz and were very aware that the term was being used to specifically separate it from the idea of African-American music. Two of the most notable Jazz musicians who felt this way were Duke Ellington and Miles Davis.

This appropriation continues to this day. Most music schools at universities have a Jazz program, and precisely because it is called a Jazz program, it is able to gloss over the fact that it is, in actuality, an African-American music program. So there are curricular implications for this research which can have a far-reaching impact on how we define Jazz and Popular music programs and what their curricular content will be.

How this research was done

For me, this research takes place on two simultaneous levels. The first is as a working Jazz performer and composer. I have to be engaged in the making, performing, recording of music that specifically deals with African-American dance, music, and song, at its highest level, and to be a member of those professional musical communities where the languages are known and understood. To that end, I continue to perform and record with Jazz musicians from the New York, Los Angeles, and Las Vegas musical communities, among others. Put simply, a large part of this research involves me continuing to be a professional musician in that capacity. It is in those musical communities that the rhythmic languages that contain the African traditions and concepts are passed down from generation to generation, spoken and shared. From Jazz to Hip Hop, it is those rhythms and rituals that are discussed, analyzed, taught, and passed on. A working professional musician in those traditions has access to this information.

The other part of this research involves the documenting of histories and narratives, often learned from the elder musicians, that contain the teachings and understandings within the African-American musical communities, and which continue primarily as oral traditions. In this side of the research, I am as much a musical ethnographer as anything else, documenting the narratives of the actual musicians themselves and their histories, which are often in contrast to what is written about them in the Jazz history books.

What the researcher found out

This research is ongoing, understandably, but one of the most significant recurring themes involves the almost universal African understanding of the inextricable inter-relationships among dance, singing, and music, in that they are not separated and discrete things. As noted earlier, it is a fact that most music programs would be framed as Jazz programs and not African-American music programs. However, what is, perhaps, more glaring is most Jazz programs would focus on the music exclusively, and not in relationship to the dance and singing that accompanied and defined the music. By separating these branches of artistic expression, the inherent layers of meaning which are revealed only when those three elements are integrated, are forever hidden. The Eurocentric idea of the separation of arts means that Jazz or African American music will never be fully understood in its larger sense. Hip Hop, it could be argued, could be the closest to the purest form of African American music right now due to the rhythmic languages and associated dances which flow through it. Precisely because it does not come from the Academy, and is therefore not inherently Eurocentric, it is able to maintain an emphasis and aesthetic of dance, singing, music, poetry, and storytelling, all in a unified art form.

Certainly, on a curricular level, there are considerable curricular implications for this.  That is one thing. But on a larger level, when it comes to the idea of the ongoing discussions on the necessary reparations being considered when it comes to indigenous peoples, aboriginal peoples, and people of color, it is clear that an approach and framework with which to think through very clearly what reparations means on a cultural level needs to be developed and expanded. I think the communal dynamics of music make it a valuable field from which to explore these ideas. 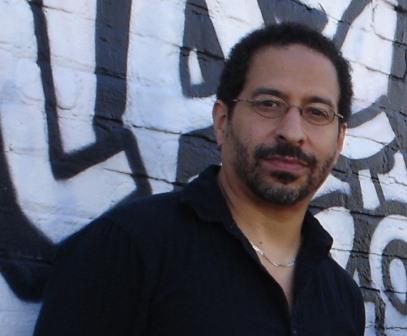 Michael Cain is a professor in the Department of Music at Brandon University. His areas of specialty are Jazz and Popular music performance and composition. Michael’s latest release is entitled Sola and is available on iTunes and www.cdbaby.com/ cainm@brandonu.ca