Claude Debussy is widely regarded as one of the most important musicians of his time. His musical innovations created a new aesthetic that precipitated developments in tonality, form, and texture, and influenced composers in classical, jazz, and popular music. One reason Debussy’s influence has been so wide-ranging across diverse styles is that he embraced both traditional elements of nineteenth-century music and contemporary aspects of the twentieth century. Such a stylistic dichotomy, while being a hallmark of Debussy’s style, creates challenges in analyzing formal patterns across a corpus of his works.

Why this  research is important

Formal analysis of tonal music traditionally focuses on relationships of only a few musical elements: tonality, harmony, and melody. By contrast, in some late nineteenth and early twentieth-century music, tonality plays a less vital role in defining formal patterns, and analytical approaches have to adapt to this repertoire. Analysts must be sensitive to all musical aspects of a work in order to use, adapt, or invent an analytical method that best illuminates the work’s formal pattern.

My research considers how we might discern form in Debussy’s music from a perceptual or ‘bottom-up’ approach and then how we might describe that form. I reorient the concept of structural listening, which traces the realization of a pre-established formal pattern during the unfolding of a piece to begin with a perspective that attempts to listen for structure, that is, an approach that begins with musical analysis from which formal patterns are later described. Two concepts common to formal analysis can be lost in this approach: a sense of how a composer confirms or frustrates our expectations of an existing pattern while we listen to a composition and the option to compare patterns of individual works within a given corpus. To address these issues, I offer an alternative method of describing formal patterns that can accommodate a group of compositions with contrasting organizational principles, such as tonal and non-tonal works, and that can replace the expectation of established formal patterns with associative relationships measured through statistical analysis.

After analyzing Debussy’s twenty-four piano preludes from a bottom-up perspective, I developed a vocabulary to describe their particular style. Defining a shared vocabulary allowed me to identify similar surface patterns among preludes with different organizational principles. In place of working with an established formal template and set of expectations, I identified associative relationships among musical elements to describe the formal pattern of individual works. Associative relationships were measured statistically using Fisher’s exact test to compare the presence of one musical parameter, such as an introduction, with the presence or absence of another, such as a tonal or non-tonal collection. Musical form is then described by identifying which parameters tend to occur together and which ones tend to occur separately.

While some aspects of Debussy’s style follow the inherited tradition of tonal music allowing certain works to be analyzed using traditional methods, other more innovative aspects render traditional techniques ineffective. Combining both traditional and non-traditional methods of analysis provides a comprehensive picture of formal patterns in Debussy’s preludes. Early results from performing associative tests indicate that when Debussy includes an introduction in a prelude it is likely that the prelude will begin with quadruple meter and contain two or more key signatures. However, there is no association between the presence of an introduction and the tempo or tonal area that begins a prelude. Further measurement of more musical parameters—including texture and register, among others—will provide a fuller assessment of  formal patterns in Debussy’s preludes.

Measuring associative relationships between musical parameters offers a method of formal analysis that can augment traditional analytical methods while accounting for individual differences in a body of works that otherwise may not have been considered part of an analytical group. 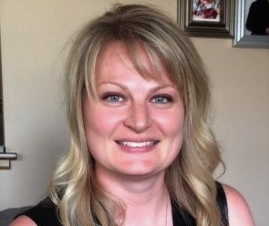 Gretta Sayers is a Ph.D. candidate in music theory at the University of Kansas and Assistant Professor in the School of Music at Brandon University. Her research addresses formal analysis of music composed in the late nineteenth and early twentieth centuries and how perception at all levels of organization plays a role in our experience of music.