This research examines the lived experience of improvisers working within various social play spaces in a process of embodied composition. Co-Investigators (C.I.s) were part of the process of creating the Lead Investigator’s (L.I.) new work and, in so doing, were exposed to new approaches in music making. The new work, Long Time Ago Rumble, retained the identity of the composer, but incorporated real embodied sound and gesture early in the process, asked more of the performers in terms of interpreting a given conceptual framework, and allowed the subsequent editing stages of the piece to draw upon qualitative data that C.I.s helped produce.

A normative lived experience for most music professionals includes hierarchical binaries of leader/ensemble, even in situations where improvisation is expected. This process can lead to a sense of detachment on the part of the supporting cast. Yet, according to social constructivist theory, complexity of meanings is negotiated socially, while phenomenology holds that knowledge is rooted in meanings. A phenomenon such as an original creative work is meaningful, only to the extent that participants bring intentionality to bear on the work in its lifeworld (which can include their own prior experiences). Therefore, a creative process that asks more from participants in producing real sound and gesture as source material, and justifying those creative decisions narratively, has the potential to be meaningful on intersubjective levels rarely seen and heard. While the burgeoning field of music cognition has demonstrated an important embodied component to how music is perceived and improvised, this ongoing research adds additional implications for how music can be meaningfully composed.

The investigators comprised an existing ensemble of professional musicians in the BU community. Three C.I.s (Eric Platz, Keith Price, & Matt Kozicki) and the L.I. (Matt Steckler) were given the theme Long Time Ago Rumble (based on the children’s book series Who Would Win? Ultimate Rumble), and asked to each produce three short field recordings plus a journal entry that explained their choices. One C.I. (Leanne Zacharias) and the L.I. were given the theme Modern Preternatural Rumble, while another C.I. (Jeff Presslaff) and the L.I. were given the theme The Shape of Rumbles to Come. The submitted data was then coded for significant statements and keywords, and from that a schematic ‘pre-score’ was created that would guide a subsequent group improvisation in a recording studio (quartet for the first theme; duets for the other two themes). The pre-scores existed in graphic, list and/or verbal formats, and all investigators had access to one another’s submitted data ahead of the record date. From the tracking sessions of these improvisations, plus a palette of field recordings and digital signal processing techniques, the L.I. created complete collage pieces that incorporated narrative data from the journals, and gestural data from the improvised performance. After these pieces were shared, alongside the other traditionally composed works the ensemble recorded, an open-response format interview was conducted, which allowed investigators to reflect on the process. The L.I. then used an eclectic phenomenological method to write a description of collective lived experience of the investigators in the process.

In a composite description of the collected interviews, several linkages were noted common to all investigators. One, the purposeful ambiguity of the given theme and assignment led to a diversity of submitted data—albeit, all submissions reflected some binary or opposition characteristic of a ‘rumble.’ Two, all respondents remarked on a natural ‘flow’ to the improvised performances, and to the final recordings post-editing. Three, investigators found this process to be more meaningful, due to concerted efforts to be faithful to the theme, data strands and interactions off which the data and schema were based; and were challenged to think more articulately about how such a guided process might play out. They also appreciated the generous amount of time between steps to reflect on the process and to assimilate a common musical mindset. Four, investigators experienced an increased sense of agency, reciprocity and collaboration as a result of this process. Dealing with multiple units of data in real time, that reflect multiple participants’ submissions and meanings, is a distinguishing feature defining this study. Five, an openness by all participants to have ownership over source material and rationale, yet to be willing to have that data morphed via the group embodied dynamic, is a major positive this process afforded.

The study can be applied to other professional and educational environments to further determine its replicability, and yield a rich variety of new creative output and meanings with each iteration. These studies can contribute to a mounting body of related literature in the fields of music cognition, phenomenology and music education. 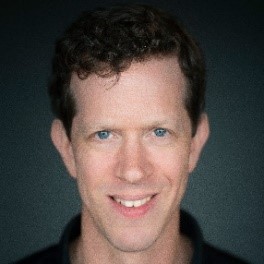 Dr. Matthew Steckler is an Assistant Professor in Jazz Studies at Brandon University.