Tourists have become more interested in learning about a people’s culture with an increased focus on having a renewed sensory experience that appeals to their taste and smell. Capitalizing on this knowledge, in 2017 the Ministry of Tourism of Jamaica embarked on using gastronomy (food tourism) as one of seven networks to achieve tourism growth for Jamaica. In addition to this new policy focus, there is a concern of whether this new approach will impact the daily operational policies of other key government and private sector entities.

As governments recognize the importance of ‘seizing the moment’ by capitalizing on programs that can positively impact a country’s economy, it is equally important to consider the impact of their actions on other government bodies and even private sector entities’ operational policies. This research highlights the importance of inclusive communication between government bodies and the private sector. The main focus of the study was to determine if the Ministry of Tourism consulted with specific government sector agencies and private sector entities that would have been identified as key stakeholders in the pursuit of using gastronomy as a tourism driver. Such an inclusive approach to development aids in transitioning from an idea to implementation, clarifying the expectation(s) of each stakeholder and making for an easier and sounder implementation process.

In conducting the study, a combination of research techniques was employed to collect data and using methods and sources such as questionnaires, newspaper articles, statistical data, case studies, and journals. In the collecting of the main data for the research, research participants were identified based on, among other criteria, the nature of their work, their interaction with the tourism sector, their involvement in coordinating and developing policies, as well as plans and programs for the sustainable development of Jamaica. This sampling technique is known as ‘purposive’ sampling, with the emphasis being on ‘critical case’ sampling.

The research revealed several positive benefits of using gastronomy as a tourism driver for Jamaica, and includes but is not limit to, opportunities for improved capacity development and increased linkages between the agricultural and manufacturing sectors to recapture the economic leakages to the import market.

Another opportunity identified was Jamaica’s gastronomic pursuits to promote localization (i.e., the use of local produce), especially within the hospitality and tourism sector.

However, the study also revealed several gaps in the communication process on the part of the Ministry of Tourism. Key stakeholders, at the time of the study, indicated that no contact was made with them concerning gastronomy and its use as a policy decision for tourism growth. There was a general unwillingness of some of the participants to acknowledge the weakness in their existing operational frameworks to effectively execute their normal duties.

This research has the ability to reveal the importance of inclusive development, with a strong focus on strengthening the communication links, both vertically and horizontally, between government bodies and the private sector.

In addition, this study may be used as a springboard to explore other ethnographic studies focused on small farming communities’ responding to the tourism market, based on new policy directions from ministerial agencies.

Thanks is extended to my research participants, the Department of Economic Development and Training, Manitoba Agriculture, Food and Rural Development, and finally, my family and close friends. 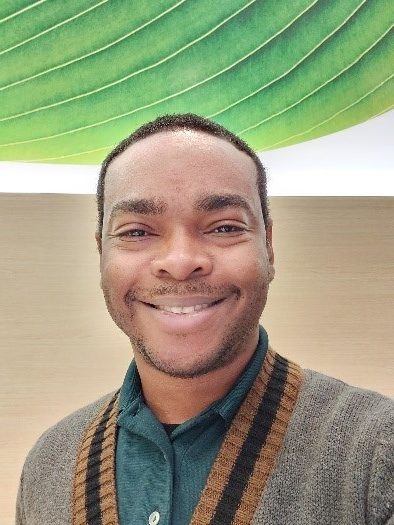 With a little over ten years of experience as a public servant for the Government of Jamaica, Davio Robinson, an Urban Planner by profession, has served in the capacity of Physical Planning Coordinator, Acting Disaster Coordinator, Physical Planner, and Acting Director of Planning for several municipal corporations, with his last engagement being with the St. Catherine Municipal Corporation. With a Bachelor of Science degree in Urban and Regional Planning from the University of Technology, Jamaica, and the recent acquisition of his Master of Rural Development from the Brandon University, Davio continues to strive to have a positive impact in his field of study with a strong focus on rural development.