As the Internet continues to be an integral component of our lives, there are certain elements and trends in our online interactions that slowly converge into cyberculture. My goal as a composer was to take these elements of our virtual world and incorporate them into a traditional chamber music setting. This juxtaposition of cultures leads the way to new discussions about the future of music and the impact of technology in our lives. In my final composition recital called “Reflections of the Internet,” I presented eight chamber works that incorporate and explore some traits of this Internet culture.

There are several cultural trends that have been emerging as a result of the Internet, and now we see their impact on society. Although some of these aspects of cyberculture have been present online for a few years, the public is gradually embracing them and acknowledging their power. Whether they are memes, vlogs, or any other similar mediums, these types of cultural units and their countless replications are an indication of what brings like-minded people together in our modern world.

Sometimes following online trends can have serious consequences, as was the case with the DaddyOFive YouTube channel. The channel’s main content consisted of a young couple pulling pranks on their young children. Using ad revenue on YouTube has been commonplace for years, and prank channels are known for doing outlandish things in order to get more views. The focus of my composition "My First Vlog" was precisely the danger of our obsession with an online presence. My research for this work showed a disturbing trend of parents taking advantage of YouTube’s ad revenue system by using their kids as content for their videos. The general goal with the compositions of this recital was to invite the audience to reflect on how some aspects of our lives can be or have been influenced by the internet.

My research was heavily influenced by the TV series Black Mirror, which reflects on society and its interaction with new technologies and their unexpected consequences. I began by looking into online phenomena that I considered interesting and surprisingly common online but are not often discussed in the real world. Whether it is a generational difference, or some subjects are taboo, some of these topics are not well known, and I wanted to shine the spotlight on them. In each of my works, I focused on one specific element of cyberculture: live streaming with “The Internet,” advertising bombardment with “Adagio Detestabile,” information overload with “Infoxication,” vloggers with “My First Vlog,” clickbait with “THE MOST BEAUTIFUL MUSIC YOU’VE EVER HEARD,” adult webcams with “Coquette,” phone addiction with “Amigos,” and detachment from reality with “kthxbye.”

I approached these topics with several musical and conceptual tools. For example, in “Amigos” I wanted to emulate a person's obsession with their phone during social gatherings. To reflect a social gathering in the music, I used a stereotypical chamber music setting, which is in itself a conversation amongst the instruments. The first section of the music evokes a sense of friendship or having a good time. However, during the last section of the piece, the performers are asked to take out their phones and stare at them while they continue playing with the other hand. The music transitions into a darker and bleaker atmosphere, and the appearance and physicality of the performers are equally affected, depicting a hunched posture and gravitating closer and closer towards the phone. I intended to leave a strong impression on the audience, and the sharp contrast between sections provided a very effective result.

I was overwhelmed with positive feedback from the audience members. Some shared personal stories about related situations; others described how a specific composition triggered a better understanding of younger generations. The biggest reward as a result of this research is when people express that the music “made them think.”

The future of this research

I am deeply interested in the use of the Internet as a medium for community creation and the impact this may have on musical culture. This fall, I will begin my Ph.D. in Ethnomusicology to continue this research of fusing music and Internet culture to understand its dynamics and creative applications. This area of research is rich in potential and crucial for understanding the evolving landscape of music-making. The Internet is changing the way people make and discover music together, and I believe the research that is geared toward this evolution is imperative. 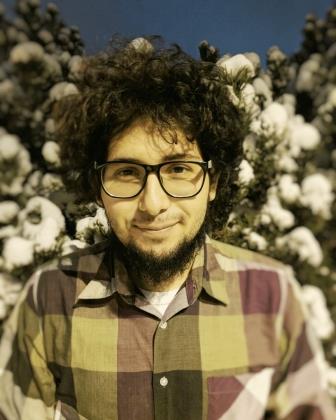