Making music in the “post-everything” age

We have inherited an “idealized” romantic image of the composer as a tortured genius. Misunderstood until long after a tragic early death, his art demands that he be obsessive and difficult during his life (it was pretty much always a “he”). Western art music boasts many examples of such composers, who often seem to have crossed over to the dark side, afflicted by mental illness or other demons that place them at the extreme edge of some behavioural spectrum.

I have often wondered whether the compositional process demands that one step over the edge to reach our creative potential. While I continue to hope that the answer to that question is no, I am completely sympathetic to those who have lost their grounding in the ecstasy and anguish that is creativity.

This research spans the trajectory of a set of songs (entitled Crazy), from their initial inspiration, to public performance and dissemination as a sound recording.

Why this research is  important

Each year, one in five people in Canada experiences a mental health problem or illness. By putting the spotlight on these extremes and placing them in the context of both beauty and what some would characterize as ugliness, my music seeks to provide the listener with an opportunity to encounter ideas beyond their experience and beyond easy words.

Releasing this song cycle as an audio recording also provides an opportunity to test various delivery and marketing systems (subscription audio compared to online sales for example) and allows a diverse audience to access this music through new portals, such as Brandon University’s new Institute for Research in Music and Community (irmc.ca).

Living in the “post-everything” age, it is impossible to escape a myriad of historical and contemporary influences that end up in our music. This challenges both the composer and the music lover to contextualize these multiple layers of meaning that are coded into any given composition.

For this collection of five songs, the words are taken from famous poems. Each is in a different European language reflecting themes of murder, abuse, obsession, dominance, lust, and pain. These are all topics that weave their way through the history of western art music. I also utilize pre-existing musical references from historical composers, including Monteverdi, Gesualdo, Schumann, Berlioz, Tárrega, and Grainger. The majority of the music is newly written by me, but each song quotes from one of these other composers, who have written incredible music while dealing with a range of issues that fall outside the bell curve that most would associate with “normal.” For example, Schumann asked to be committed to a sanatorium for the last few years of his life, after trying to commit suicide and seeing various types of hallucinations. Grainger, on the other hand, constructed a museum to himself, which includes the collection of flails and lashes used in his fetish and bondage experiments.

Crazy wraps these complicated connections within my own personal musical language, which already embraced a range of sounds from traditional chords and singable tunes to harsher dissonance and more angular melodies. By augmenting the acoustic sounds of piano and voice with electronics, both synthetic and sampled, I was able to explore the border territory around the edge of beauty.

Connecting with the performers and audience is important to me, so I was fortunate to be able to work closely with soprano Naomi Forman and pianist Mary Jo Carrabré as I created the songs for our performance on the Brandon Chamber Players concert series. Street Media produced a documentary, contextualizing my creative process and our performance. The direct product of those activities is a video available as part of the MTS Stories from Home on-demand video service and a commercial compact disc.

Art music can both challenge and entertain. As the public phase of the project is just beginning with the release of the audio and video components, it will take time to assess the artistic and commercial response to the music and the methods of distribution.

Dr. Carrabré´s work on this project has been supported by The Manitoba Arts Council, The Brandon Chamber Players, the Brandon University Research Committee (BURC) and the Faculty of Music Endowment Fund. 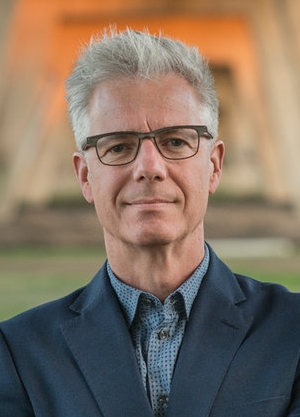 Dr. T. Patrick Carrabré´s influences span the globe and cross into popular culture. With multiple JUNO nominations, a recommended work at the International Rostrum of Composers, several WCMA nominations and one award (Best Classical Composition), his music has been heard around the world. He has been Dean of Music and Vice-President (Academic & Research) at Brandon University. He has also been composer-in-residence with the Winnipeg Symphony Orchestra and an on-air host for CBC Radio 2.

Crazy, the album will soon be available on Apple Music and Spotify, as well as on iTunes (on Winter Wind Records). A full performance appears in a documentary, entitled New Music, on MTS TV´s Stories from Home.