Most people learn about policing from exposure to media, rather than from direct experience, including learning about Body Worn Cameras (BWCs). BWCs are small audio and video recording devices worn on the uniform of police officers, often on the upper chest. Research on BWCs is limited but very quickly growing, and while numerous claims have been advanced, much less is known about the benefits and drawbacks of BWCs beyond mostly untested assumptions and beliefs; principal among these beliefs is the idea that BWCs will reduce police use of force. BWCs are also assumed to increase police legitimacy, or positive citizen judgements of police conduct, by making police actions seemingly more transparent. Police attempt to maintain control over their own public image, or legitimacy, in news media as the “authority” on crime matters and criminal events. BWC footage then allows police to present their perspective to the public. Given the expanding coverage of BWCs and BWC footage in news reports and the relationship to police legitimacy, it remains important that we understand how these devices are presented in news media.

The 2015 “Rialto study” was the first peer-reviewed controlled experiment on the effect of BWCs on police use of force. William A. Farrar, a graduate student working toward a Master of Arts degree at the University of Cambridge, prepared the study. During this time, Farrar was also the Chief of the Rialto California Police Department. The study has been cited by law enforcement agencies as a justification for the use of BWCs. Farrar and his colleagues studied all 54 front line police officers in Rialto and found that among those who wore BWCs, use of force incidents decreased, as did citizen complaints. The findings of this single study were profiled extensively in news media reports across North America and the United Kingdom and were offered as evidence for the efficacy of BWCs. Analysis of news coverage of the Rialto study allows us to critically examine the role of news media in promoting public support for BWC use by police, on the basis of a single study. This research raises some additional questions about the role that media continue to play in police legitimacy.

The 12-step process of qualitative media analysis—a specific type of document analysis—was followed as outlined in Altheide and Schneider (2013). Searches for articles featuring “Rialto” and “camera” were initially conducted of the LexisNexis database from 2012 to 2016 netting 1,101 news media reports. These data were then downloaded from LexisNexis and converted into a 4,585-page PDF document for further review and analysis. Extensive reading, sorting, and searching of these data continued in order to monitor shifts and changes in emphasis over time in news coverage of the Rialto study.

An analysis of how the Rialto study was discussed in news media across a range of reports over a period of four years found that, following initial national exposure, news reporting of Farrar’s direct role shifts away from involvement as a graduate student researcher, and, in some circumstances, to his having no involvement at all. We need to exercise caution in suggesting that Farrar himself had any influence in his removal from the reporting process nor did he conceal the fact that he was a police officer in his research. Rather, at a minimum, the findings seem to suggest that media guidelines for presenting materials—the Rialto study findings in this circumstance—are oriented to the police legitimation process itself.

These research findings help to illuminate a growing trend in evidence-based policing that includes a move toward police-academic partnerships. Active duty police officers as graduate students, when downplayed in media reports, provide expanding opportunities for the production of official police knowledge under the guise of scientific objectivity. Perhaps these findings might be useful in helping to develop conflict of interest policies in relation to news media coverage of academic research when produced as official police knowledge by police insiders. Increased transparency could help reduce possible public perceptions of police bias and/or influence over findings, thereby contributing to increased police legitimacy. 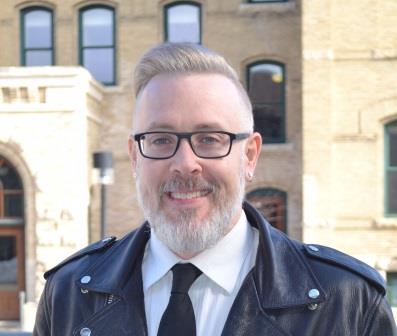 Christopher J. Schneider is Associate Professor of Sociology at Brandon University. His current research and publications focus on information technologies and related changes to police work. His recent book is Policing and Social Media: Social Control in an Era of New Media (Lexington Books | Rowman & Littlefield, 2016).