Volcanoes are magnificent natural wonders to observe safely from a distance. What you do not see is the dynamic interior workings, where enormous volumes of hot magmatic fluids and gases are migrating through and reacting with volcanic rock. These reactions leave behind an abundance of valuable metals in different types of deposits. With the right knowledge and expertise, we can find and extract the resources from these ancient—now dormant—volcanoes.

For the past 22 years, my research team and I have been conducting multiple expeditions to a spectacular part of the Canadian sub-arctic in search of the next generation of mineral resources. Our target has been the Great Bear Magmatic Zone (GBMZ) of the Northwest Territories (NWT), a volcanic mountain belt caused by a two billion-year-old collision between ancient continents. The research and geological surveys help secure the long-term prosperity of the country, sustain northern communities and lay the foundation for development of essential resources.

We have launched numerous expeditions to the Great Bear Magmatic Zone during the summer months, where our research teams conducted detailed geological surveys. We mapped and delineated the geology over large tracts of ancient volcanic rocks, and recorded the evidence of tectonic movements, migration of magmatic fluids and gases, mineralogical changes, and other evidence that may help locate hidden resources, which are now buried below surface in these ancient rocks. We brought enormous amounts of geological survey data, photographs, measurements, and rock samples back to Brandon University. At Brandon, numerous petrographic, mineralogical, and geochemical analyses were carried out, along with the analysis of remotely sensed data that includes satellite and air photo imagery and geophysical surveys. This data is painstakingly compiled, plotted, and interpreted.

The combination of detailed geological surveys and research at Brandon enabled us to reconstruct the tectonic and geological history of these ancient continents and volcanoes. We were able to delineate the former migration paths and effects of the volcanic fluids that redistributed and concentrated valuable metals. In the GBMZ, we now know that a period of collision and mountain building was followed by collapse and tectonic rifting. During rifting, magmas rose to surface and erupted to form a series of linear volcanic belts. These volcanoes are now partially eroded away, leaving exposed at surface their interior workings. Imagine being able to see into Mount St. Helens! In the GBMZ, we have the best surface exposures of the interior workings of volcanoes anywhere in the world, and all available for study! Our research has found that these ancient magmas emitted enormous amounts of metal-bearing fluids and gases that caused extensive recrystallization of the volcanic materials to many strange rock types, and most significantly, they left behind an abundance of valuable metals. These deposits are collectively known as iron-oxide copper-gold deposits, and contain varying combinations of Fe, Cu, Bi, Co, Au, Ag, U, Ra, Ni, and V.

We all benefit! We use mineral and energy resources for everything we do in our daily lives. Our work provides some of the foundational research that is needed for the exploration and development of current and future generations of resources. We leave a legacy of geological surveys and knowledge, along with exploration methodologies and strategies. Already, Au-Co-Bi-Cu-Ag resources are being developed in the GBMZ that our research team was involved with, and we expect many developments will take place in the future. The biggest beneficiaries are northern residents.

Funding, technical and logistical support for this research comes from our many partners, collaborators and supporters, and from various funding agencies. We thank Natural Resources Canada - Geological Survey of Canada, Northwest Territories Geological Survey, NSERC (Natural Resources and Engineering Research Council of Canada), BFR Copper and Gold Limited, Fortune Minerals Limited, and Alberta Star Resources Limited for generous and abundant support for our students and research. 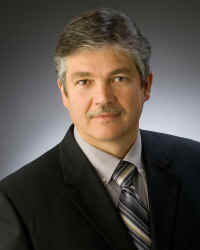 This research was carried out by a team of Brandon University students, research assistants, geologists, and scientists under the supervision of Dr. Hamid Mumin. Over 20 students from Brandon University and another half dozen from other universities have spent memorable summers with our research team carrying out geological mapping in one the most spectacular parts of the Northwest Territories. Hamid is a Professor of Geology at Brandon University, Professional Engineer, and Professional Geoscientist. He is a past president of Geoscientists Canada, and former distinguished lecturer of the Canadian Institute of Mining, Metallurgy, and Petroleum.