Of beards and Brotherhood: Bearded men’s clubs on social media

This exploratory research examines the role of social media in facilitating associations of bearded men. Several such associations are operating on social media platforms, including The British Beard Club, Bearded Rebellion, Bearded Bad Boys, and Viking Beard Club. One of the largest beard clubs is the Bearded Villains, which claims to have more than 4,000 members in 165 chapters in 39 countries.

Beards have long helped men locate an individual sense of purpose in a community. A fondness and pride in one’s facial whiskers dates back centuries materializing in bearded associations as early as the 1500s. The first bearded men’s club, according to Christopher Oldstone-Moore author Of Beards and Men, was aptly named Zur Haaren – literally, “to hairiness!” Zur Haaren was founded in Basel, a city in Switzerland, and included prominent men from various occupations facilitating a no-shave social connectedness.

Involvement in community associations helps facilitate social connections and contributes to personal well-being. Participation in community organizations has steadily declined over the last several decades due to a range of social forces, painstakingly detailed in Robert Putman’s seminal book Bowling Alone.  For many, workplaces have filled this gap and serve as places for establishing social connections with others. However, the global pandemic has introduced many new challenges to traditional ways of gathering for men, from the workplace to bars, barbershops, and sports games. Online and virtual means of connection are becoming increasingly important social outlets in this time of physical distancing.

The research was conducted through ethnographic content analysis (ECA) of public Instagram posts and other internet documents. Generally, ethnography refers to the description of people and their culture. The key to any ethnography is to immerse oneself in the lifeworld of the subjects of study in an effort to make sense of the particular ways in which people engage in meaningful behaviour. ECA focuses on documents, like social media posts, rather than observing physical interaction. ECA is oriented to understanding the communication of meaning including, for example, how images and hashtags become a significant part of the cultural context.

The Bearded Villains (BVs) distinguishes itself from other online bearded men’s clubs by billing itself “A Worldwide Brotherhood” that is “dedicated to the beard, charity, family, respect [and] loyalty.” The BVs were established in 2014 in Los Angeles, California, and currently boast 272,000 followers on Instagram. BVs prospects and members communicate and organize publicly on Instagram, mainly around hashtags. While there are numerous hashtags associated with the BVs (e.g., #bv or #onebrotherhoodoneship), the primary hashtag associated with the group is #BeardedVillains with 2.4 million posts.

To join the BVs, one must have a beard and an Instagram account. Regular posts featuring #BeardedVillains and related hashtags can earn a user a ‘digital patch’ that is sent to their Instagram account. Progressing through the BV ranked patch system is how one signifies their demonstration of club values like loyalty, respect, and charity. The patches are awarded to users who regularly share hashtags and photos consistent with BV club values. For instance, #BVINK with more than 1,000 posts features images of men with tattoos of variations of the BV logo (e.g., bearded skull, crossed swords, BV member patch, etc.) on various parts of the body (hands, head, neck) demonstrating permanent loyalty to the Brotherhood. Instagram likes (i.e., community approval) and comments in response to #BVINK and related posts reaffirm club values and helps develop social connections between members. 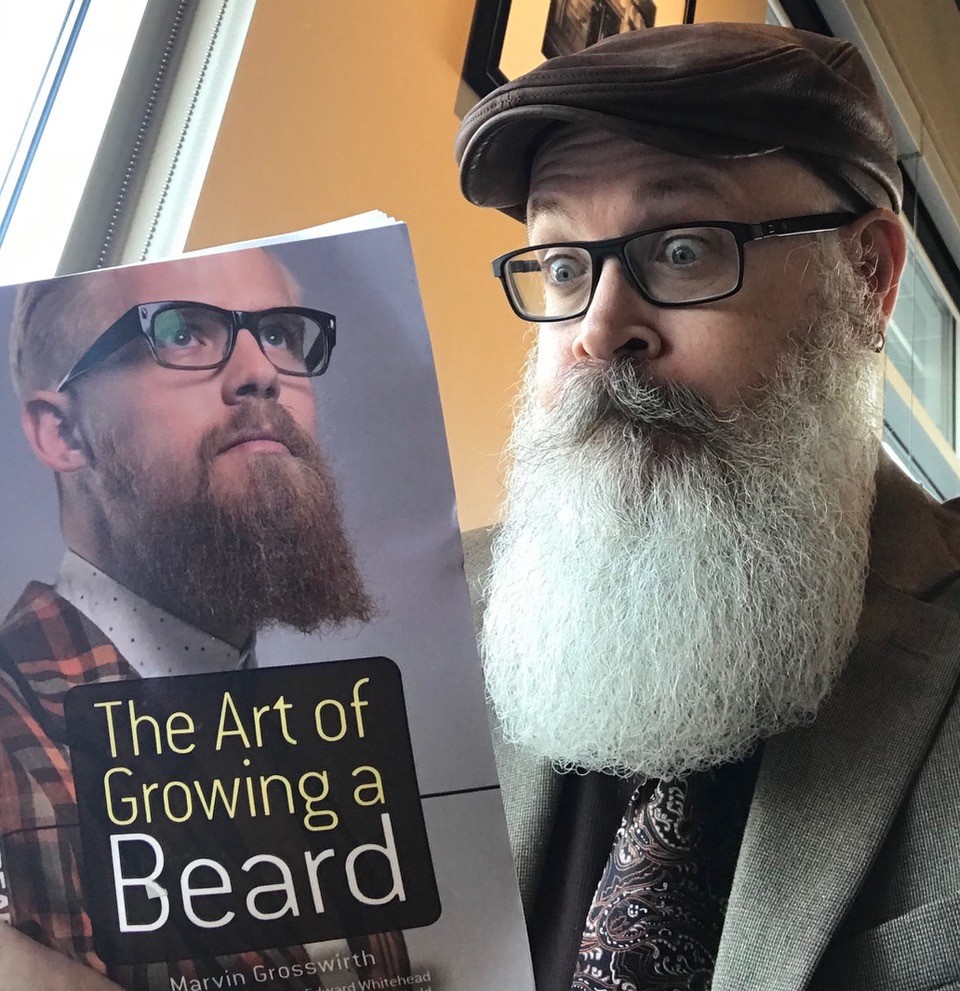 Christopher J. Schneider is Professor of Sociology at Brandon University. He has written or collaborated on five books and has published dozens of scholarly articles and chapters.