Our home Galaxy, the Milky Way, is a disk-shaped system of stars and gas embedded inside a spherical halo of low-density gas. Among its many residents, the halo is home to rogue, fast-moving clouds of cool hydrogen gas (High-Velocity Clouds [HVCs]) that rain down vertically onto the disk. Magnetic fields pervade the Galaxy and extend into the halo. Supernova explosions produce energetic particles that emit polarized synchrotron radiation, lighting up the entire disk and halo. Radio "light" from this background glow travels through interstellar space towards observers on Earth and passes through foreground patches of hot (ionized) hydrogen. A process known as Faraday rotation leaves the "imprint" of the foreground on the background emission by changing the direction of polarization in a characteristic, if not messy and complex, way. Using new radio observations, we discovered unexpected and exciting imprints from HVCs.

Astronomers typically study objects directly by observing the light they produce. Magnetic fields, however, do not emit light and are only seen indirectly by the Faraday imprints they leave on the background. Very little is known about the magnetic field in the galactic halo, in part because there is so little matter there to rotate the background!

Our data were observed with an array of seven 9-meter radio dishes along a 600 meter baseline located at the Dominion Radio Astrophysics Observatory in Penticton, British Columbia. Linking these dishes together to "synthesize" a single large radio telescope of 600 meters allows this array to produce among the finest-detailed maps of any radio telescope on Earth.

Neutral hydrogen (HI) gas clouds are observed at 21 cm wavelength. Using the known redshift and blueshift of the Doppler effect, the DRAO telescope produces a 3D map across the sky of HI at 21 cm, moving at different velocities (sampled by the 3rd dimension).

The second set of observed data was the polarization of the synchrotron background emission. Like all light, radio waves are oscillating electromagnetic waves, and we define polarization as the direction of its waving electric field. Stars produce unpolarized light, but synchrotron emission produced by gas oscillates in a preferred (aka polarized) direction. Its characteristics reveal the direction and strength of the magnetic field from which the emission originated. Maps of polarization intensity (PI) show the percentage of polarization in the incoming light (from 0% to 100%), while polarization angle (PA) maps show the relative direction of the electric wave. As radiation passes through a cloud containing free electrons and an external magnetic field, the angle of its electric field will rotate relative to its original orientation. We use all three types of observed maps (21 cm, PI, and PA maps) for this research and looked for correlations between Faraday rotated regions and HI clouds.

Previous observations in the direction away from the MW center (e.g., Heiles, 1984) identify two massive HI filaments originally thought to be a large expanding shell. Since then, higher-resolution radio data has resolved these filaments into a chain of hydrogen clouds, with an unusual loop-like structure, plunging into the galactic disk at extremely high velocities.

We discovered that HVCs in the shell's northern half are highly correlated with Faraday features seen in PI and PA maps—something very unexpected since 21 cm traces cold hydrogen and Faraday rotation only happens in hot ionized gas. For the cool HVCs to produce Faraday rotation, they must be partly ionized, and we propose this is a result of their high-energy collision with the disk. Our proposed model suggests that the largest HVC in this region is dragging the magnetic field lines along as it falls, stretching the field out, and wrapping the magnetic lines around its leading edge. We believe this "piling-up" of field lines contoured around the cloud's face enhances the magnetic field and thus the Faraday rotation in this area, resulting in sharp changes in PA at the leading edge of the cloud. 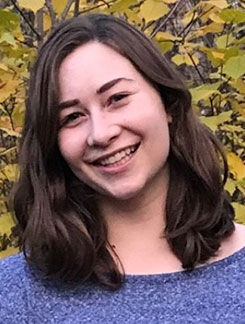 Bailey Forster is a physics student at Brandon University. 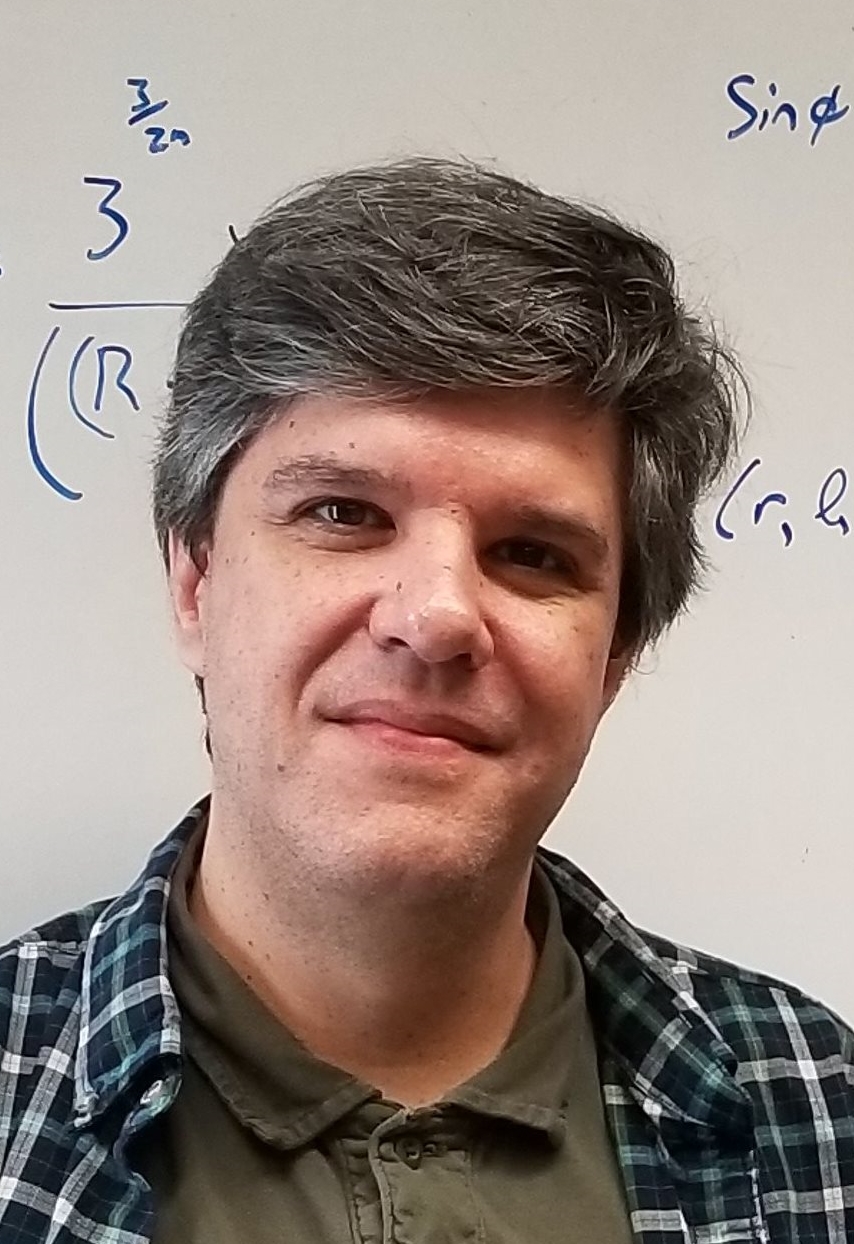 Dr. Tyler Foster is a professor in the Department of Physics and Astronomy at Brandon University.

Associate professor in the Department of Physics and Astronomy at the University of Calgary.