By Deanna Smid
May 2017
Print Version

“Music, Awake her, strike!” calls Paulina in Shakespeare’s The Winter’s Tale. With those words, and with the sound of music, the statue of Hermione returns to life in front of the astonished eyes of her husband and daughter. The scene is extraordinary to be sure, but it finds noteworthy resonances in other plays: in Pericles, the main character is restored to sanity by a song, and his wife is brought back from the brink of death by music. And what instrument does the physician in King Lear need to cure the king of his melancholy and mania? Music. Of course, music is not always so effective, for it is often the purview of fools (such as Feste in Twelfth Night) and madwomen (such as Ophelia in Hamlet). Yet, music is always powerful and influential over the body. Particularly in his late plays, Shakespeare continually uses music—and the theatre itself—to heal, to mend, and to restore.

“The office of medicine,”Francis Bacon writes in his 1605 Advancement of Learning,“is but to tune [the] curious harp of man’s body and to reduce it to harmony” (2.10.2.114). That description, with its musical metaphor, may sound simplistic, but the practice of medicine in early modern England was no simpler than it is today, and although modern medical knowledge is generally superior to its early modern counterpart, Renaissance physicians and writers understood something that is only now becoming acknowledged by Western medicine: music has power over the human body and power to heal. Music theorists of Shakespeare’s age insisted that music has a powerful effect on the body and mind, for music was particularly well-suited to sooth melancholy, but it could also strengthen the lungs and cure other ailments, including the plague. Medical texts, too, listed music as a curative and therapeutic tool, underscoring the close interrelation between music and health. In his plays—particularly his “late” plays: The Winter’s Tale, Cymbeline, Pericles, and The Tempest—Shakespeare uses theories of music’s effects to highlight the curative nature of music. Such moments of therapy in his plays are also often meta-theatrical in nature, which means that Shakespeare explores the value of theatre itself as a therapeutic tool.

How the research was done

The study is a close, literary analysis of Shakespeare’s plays in the historical context of sixteenth- and seventeenth-century documents on music and health. The data was collected from primary texts (treatises, broadside ballads, notebooks, records of performance) at the William Andrews Clark Memorial Library in Los Angeles, at the Folger Shakespeare Library in Washington, DC, and in the Stirling Maxwell Collection at the University of Glasgow.

Music and music therapy is never the “same” from one play to another. In fact, Shakespeare’s plays raise more questions about music than they answer. In Pericles, for instance, music therapy appears in a number of forms: Thaisa is cured by instrumental music, and Pericles by vocal song. The play calls into tension, then, different embodiments of music, and questions which sort of music is particularly effective: the sound produced by instruments, or the breath of the human voice? To further complicate the matter, Pericles hears “the music of the spheres” after he is cured, but the other characters do not hear any sound. Should the audience hear the music, and to what end?

In The Winter’s Tale, music reanimates the statue of Hermione in the final scene of the play. Music, at this point, appears to be the sole purview of a woman, Paulina, so is there a particular link between therapeutic music and women? In Pericles, too, Pericles’s daughter, Marina, sings the song that revives him. Moreover, since no records exist of the music in the final scene, is it possible to reconstruct the healthful music?

Cymbeline raises further questions: At one point in the play, two brothers prepare to sing a funeral dirge for their dead comrade (unbeknownst to any of them, their sister in disguise). The brothers agree that the music of the dirge is therapeutic and meaningful, but then they decide to say rather than sing the words. Why? Is the idea of music enough to soothe the brothers and the listening audience?

And finally, The Tempest, Shakespeare’s last sole-authored play: The play is renowned for its varied and exhaustive music, which alternatively delights, entertains, and lulls people to sleep. In the play, music seems to rise out of the theatre itself, for not only is the musician, Ariel, invisible to many of the characters, but Ariel calls for music from all parts of the theatre structure, including the space below the stage. If the stage itself is “singing,” is the theatre therapeutic, akin to music?

The research sheds light on original performance practices of Shakespeare’s plays, and theorizes the curative nature of music and drama.

This research was funded by the Social Science and Humanities Research Council of Canada, and by the Center for 17th- and 18th-Century Studies at UCLA. 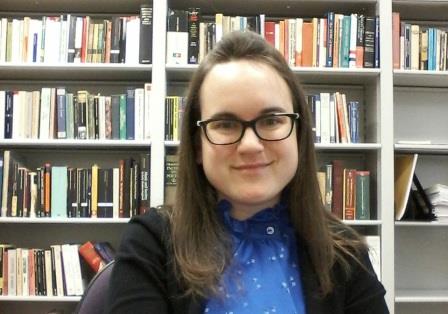 Deanna Smid is an Assistant Professor in the Department of English and Creative Writing.