“The dead art of poetry”: Approaches to teaching Ezra Pound’s poetry and prose

By Demetres Tryphonopoulos and Ira B. Nadel
May 2019
Print Version

Besides the PMPLA, the journal of the Modern Language Association of America, the authoritative Modern Language Association (MLA) documentation style guide and the annual MLA International Bibliography, the Modern Languages Association publications issues a number of book series designed to support teaching and research in modern languages and literatures. Among these is a series called Approaches to Teaching; its principal objective is “to collect within each volume different points of view on teaching a literary subject such as a work, a tradition (e.g., metaphysical poetry), or a writer widely taught to undergraduates.” The current volume focuses on the teaching of Ezra Weston Loomis Pound (1885-1972), an expatriate American poet and critic and a major figure in the early modernist poetry movement.

The MLA series includes more than 150 volumes on topics ranging from Approaches to Teaching Langland’s Piers Plowman to Teaching Modern Arabic Literature in Translation. Though volumes dedicated to modernists like Joyce, Faulkner, Eliot, H. D., and Stein have already been published, a volume on Ezra Pound—arguably the founder of the modernist movement and along with Joyce the most difficult of modernist writers in terms of form and content—has not been undertaken until now. This volume will make the teaching of Pound’s poetry more accessible and easier to discuss in the classroom.

This volume includes a series of essays written by 18 scholars who were chosen by the editors on the basis of their responses to a questionnaire circulated by the MLA among all of its members, their standing in high modernist literary circles, and their interest in the pedagogy of modernism. Besides the essays, the volume also includes a 20,000 thousand-word introduction in which the editors outline Pound’s biography, publication history, literary reception, and his ideas about ‘teaching.’

Several years back, Tryphonopoulos was invited by the MLA Series Editor to produce this volume following a prescribed, three-stage process that required developing a proposal, a prospectus, and a final manuscript. At each stage, the submission was reviewed by three referees and approved by the MLA’s Editorial board. Before this process would be initiated, he was required to prepare a wide-ranging survey of instructors, which was posted online and to which approximately 120 individual scholars responded. The survey enabled him to create a sourcebook of material, information, and ideas as well as possible topics for individual essays. It also allowed him to select one respondent as co-editor: Dr. Ira B. Nadel.

The researchers found that this poet, editor, essayist, translator, anthologist, and literary kingpin is—unquestionably—one of the most important and fascinating but also problematic writers of the 20th century. No serious discussion of 20th century literature can overlook either Pound’s contributions—as poet, translator, and literary critic—to the body of modernist work or his role as the principal figure in the genesis and shaping of the modernism movement largely populated by the very writers he discovered, encouraged, promoted, and helped get published. So much the editors already knew, but how does one teach about such a poet whose work in general and The Cantos (his 800+ page “long poem” written over six decades)—more specifically, may be viewed as an authoritarian summing up of the most abhorrent 20th century ideologies and prejudices?

On the other hand, The Cantos is a text committed to a radical ideological openness and is also the poem most responsible for the unprecedented blossoming in American literature of formally innovative, open, and open-ended poetry. Moreover, Pound’s allusive poetry and prose present enormous difficulties for readers. The editors had to direct carefully and contribute to developing the volume’s 18 essays, by leading modernist scholars from the US, Canada, the UK, and China, as they sought to address these difficulties of the work. One of the things both editors and contributors discovered is various ways of rendering the difficulties Pound’s texts present as opportunities to delve deeper into understanding his work but also the work of other high modernists.

The responses to a questionnaire suggest that Pound is being taught widely across North America but also overseas and at all levels. Often it is the early poetry that is ‘attempted’ in undergraduate courses, with The Cantos sometimes being taught in its entirety in graduate seminars. This volume can be used in introductory and advanced undergraduate courses in American modernism, British Modernism, modern poetry, major 20th century poets, 20th century translation, the literature of war, comparative literature, literature and mythology, cultural studies, gender and sexuality studies, creative writing workshops, and Western and occidental literature.

The project was funded in part from a SSHRC grant based at the University of New Brunswick. 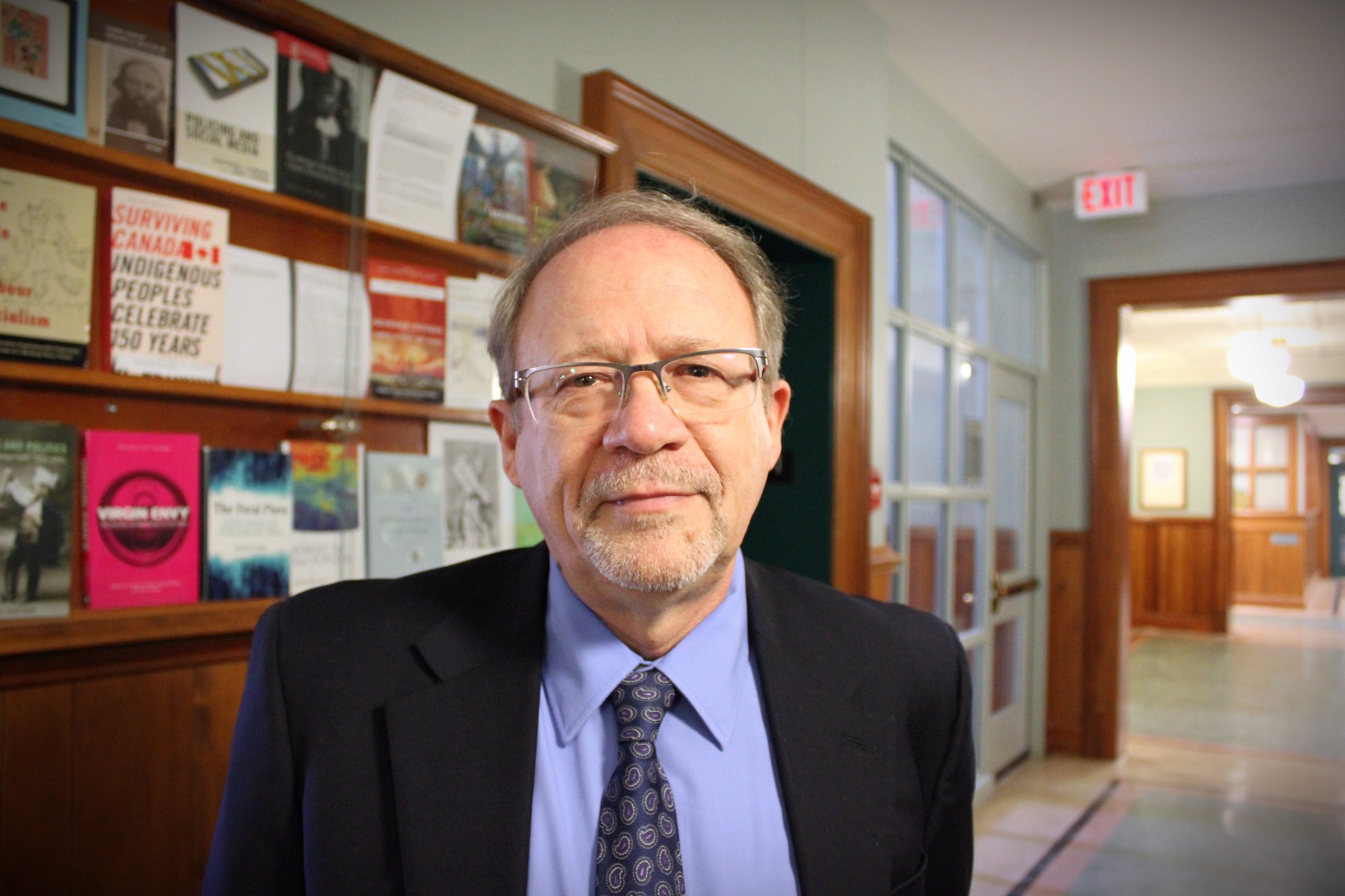 Demetres P. Tryphonopoulos, Dean of Arts at Brandon University, is a Professor in the Department of English and Creative Writing.

Ira B. Nadel is a distinguished professor at the University of British Columbia.