The good and the bad in iPad instruction

The iPad phenomenon has taken North American educators by storm since Apple released the product in 2010. This research explores the efficacy of the iPad as an instructional tool in middle school classrooms. In particular, the researchers wanted to find out whether incorporating iPad technology would enhance student engagement and strengthen the literacy and numeracy skills of at-risk learners.

Student engagement was assessed by means of the following data:

The students’ literacy and numeracy skills were assessed by means of the following quantitative records:

Student engagement. There were no significant changes in the students’ attendance and discipline referrals between the months prior to the iPad sessions and the six weeks during the iPad sessions. However, anecdotal feedback from the teachers revealed that most of the students did not appear to enjoy spending 90 minutes a day, three days a week, on remedial ELA and math apps.

Student engagement. There were no significant changes in the students’ attendance and discipline referrals between the year prior to the research and the year during the research. Anecdotal feedback from the teachers revealed that the students appeared to enjoy the iPad projects, but the 65-minute sessions, three times a week, were still too long. An unexpected benefit was the mixing of students of various ages and grade levels from different classrooms, enhancing student collaboration and interpersonal connections.

iPad remedial apps can be effective in raising student math and ELA scores. However, regardless of whether iPads are used for direct instruction or indirect instruction, in terms of project-based activities to maximise student enjoyment, the research indicates that the time period should be kept to less than an hour for students in grades 5-8.

This research is funded by the Social Sciences and Humanities Research Council of Canada.

This research project has been approved by the Brandon University Research Ethics Committee. 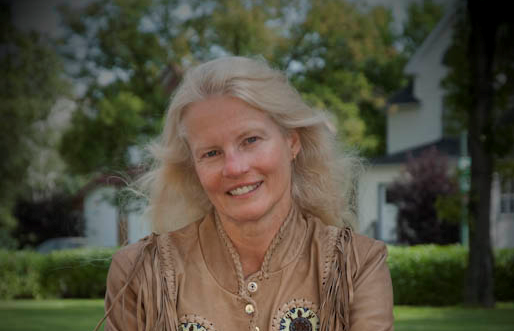 Marion Terry is a Professor in Brandon University’s Faculty of Education. Dr. Terry was the “university researcher” assigned to this VOICE research project.

Louise Loewen is the Assistant Principal of Mary Duncan School in The Pas, Manitoba.