The (virtue) epistemology of political ignorance

Intellectually Responsible Democracy is a multi-stage project exploring the intersection of democratic theory and the philosophical theory of knowledge. Stage 1 of the project examines the relevance of empirical studies on political ignorance for our understanding of the role of “intellectual virtue” in democratic participation. Stage 2 examines how the philosophical theory of knowledge can advance empirically informed debates about political ignorance.

The state of Western liberal democracy is a prominent topic in media commentary, academic research, and political dialogue. This is especially true in the age of Brexit and Donald Trump. Much of the discussion has to do with issues surrounding facts, truth, knowledge, and rationality. Consider two quotes from recent mainstream media:

One of the biggest challenges we have to our democracy is the degree to which we don’t share a common baseline of facts (Barack Obama on David Letterman, My Next Guest Needs No Introduction).

We are losing the thread back to thinking itself (Bill Maher, Real Time with Bill Maher).

Truth, knowledge, facts, and rationality are important topics in many ways, and in many academic disciplines; but they are also the core focus of the philosophical discipline known as epistemology, or theory of knowledge. This raises a number of questions: What, if anything, does contemporary discussion about the state of liberal democracy mean for epistemology? And what, if anything, can epistemology contribute to the discussion? The guiding idea behind this project is that the short answer to both of these questions is ‘a lot.’ The aim of the project is to explore how.

To do this, the project focuses specifically on one topic: empirical studies on political ignorance. Decades of empirical research suggests that ordinary citizens are not particularly knowledgeable about political issues (such as which political party their MP belongs to, or, whether the economy is growing or shrinking). Phase 1 of the project explored how the findings in this literature have been underappreciated by an increasingly prominent sub-discipline of epistemology, known as ‘virtue epistemology.’ Virtue epistemology focuses on intellectual character traits, such as open-mindedness, conscientiousness, and curiosity, in a bid to better understand how we can improve our cognitive practices (for example, how we can be more effective and efficient inquirers). Using methods of conceptual analysis, reflective equilibrium, and comparative analysis of empirical studies, Part 1 of the project looked at the sphere of democratic participation as a case study to examine whether virtue epistemology’s focus on individual character traits is an effective strategy for improving our cognitive practices.

While it might seem obvious that improving individual intellectual character (for example, through better education) is an effective way of promoting knowledge acquisition amongst citizens in a representative democracy, Stage 1 of the project found that matters are far from straightforward. In particular, there are compelling reasons to believe that institutional factors such as ad campaign spending, regulations on social media abuse, and regulations on personalization algorithms for internet browsing, have a significant impact on the role that individual intellectual character traits play in the acquisition of knowledge. As a result, a multi-targeted approach—at both the individual and institutional levels—is needed. This, in turn, should inform our virtue epistemology. More specifically, rather than theorizing about intellectual character traits such as open-mindedness, conscientiousness, and curiosity independently of broader institutional considerations, epistemologists can better understand the nature of intellectual virtue by studying the intellectual virtues as embedded within specific institutional contexts. The political context provides a useful framework for exploring the details of such an approach.

This research contributes to a growing body of work approaching foundational issues in the theory of knowledge from a social perspective. It is the first in-depth application of empirical research on political ignorance in the field of virtue epistemology. Looking ahead, the aim in Part 2 of the project is to apply lessons learned at this intersection back to the practical sphere. An overarching aim of the project is to gather resources from the theory of knowledge and make them available, in the form of a monograph, for individuals and groups with an interest in democratic participation.

This research was funded by a BURC New Faculty Research Grant. 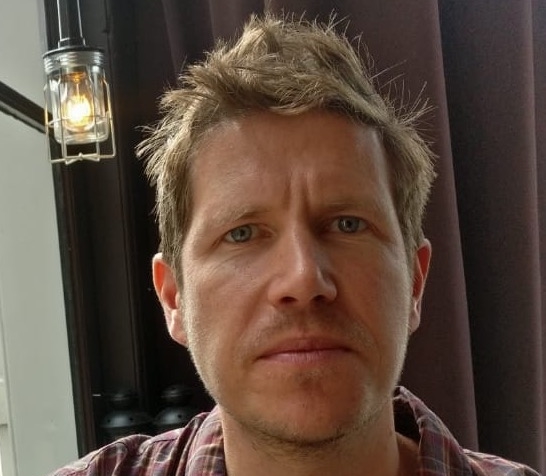 Dr. Cameron Boult is an Assistant Professor in the Philosophy Department at Brandon University.