Verbatim Theatre is the process of turning first-person narratives into theatre without the addition of fictionalized text or outside sources.  The only words used will come from recorded interviews with the volunteer participants that the researcher conducted himself.  After the interviews are transcribed they are edited and collaged to create, hopefully, an entertaining and illuminating evening of theatre.  Currently, the researcher is working on two projects simultaneously, the first is a project commissioned by the Acquired Brain Injury Support Group of Westman for its spring convention at the end of May and the second has as its subject the recent cohort of Syrian refugees that have arrived in our neighborhoods.

Marginalized communities often have a very difficult time getting their story out to the wider community.  Stereotypical perceptions and biases are frequently the results.  Society divides due to this lack of communication and unfounded fear of ‘the other’ becomes pervasive.  Or opinions are based on thirty-second news clips or third-hand information.  To really get to know someone you have to talk to them.  The researcher hopes his conversations will create a window to allow us to get to know each other a little better.

The researcher—with the assistance of Westman Immigrant Services—arranged meetings with recently arrived Syrian families in Brandon.  With the aid of a translator, interviews were carried out in the volunteers’ homes, recorded, and then transcribed.  A set template of questions was used each time examples of which had been approved by the Brandon University Research Ethics Committee. Following the Brandon round of interviews, the researcher traveled to Montreal to repeat the process in conjunction with Teesri Duniya Theatre Company, a Montreal based theatre specializing in creating work for and about marginalized communities.  The researcher then began an editing process to both eliminate repetition and respect a limit on length.  An overarching narrative will be sought based on the journey motif of preparation, journey, adventure, and return.  Text may be left intact or juxtaposed with others to ‘create’ conversations.  Once a draft text is completed, work begins with actors to allow the researcher to hear the text and receive feedback on the dramatic flow and consistency.  The same process was utilized with the survivors and caregivers from the brain injury community.

In the case of the survivors and caregivers of the Acquired Brain Injury group, the researcher found them to be almost completely isolated and unfunded.  They are lost in a sea of causes, charities, and fundraising that requires a stalwart group of volunteers just to exist on a shoestring budget.  This is a condition that affects all ages and in the case of an accident can be life changing in an instant.  And in many cases, this accident is not the fault of the victim.

With the Syrian refugees, the overriding emotion is one of sincere thanks to not only their individual sponsors and the government but to us as a nation.  “You have hugged us as a mother would hug a child.” is a typical quote.  However, there is growing frustration with the inability to have foreign credentials approved and to get adequate language training so that they can join the workforce.  These are people who have overcome great obstacles and have witnessed horrors we cannot even imagine.  They are anxious to contribute to Canada.

The Brain Injury group hopes to be able to video the performance here in Brandon and use it as an educational tool on an ongoing basis.  The researcher hopes that Teesri Duniya Theatre will approve the researcher’s  preliminary drafts of the Syrian script piece and assist in the ongoing process from workshops to performance.  Both will find their way onto the Drama course syllabus here at Brandon University.

The Syrian project has been approved by the Brandon Research Ethics Committee and is partially supported by the Brandon University Research Council.  It could not have been accomplished without the assistance of Westman Immigrant Services, Teesri Duniya Theatre, and Jan Mahoney. The Acquired Brain Injury Society of Western Manitoba support group play is a community service project by the researcher. 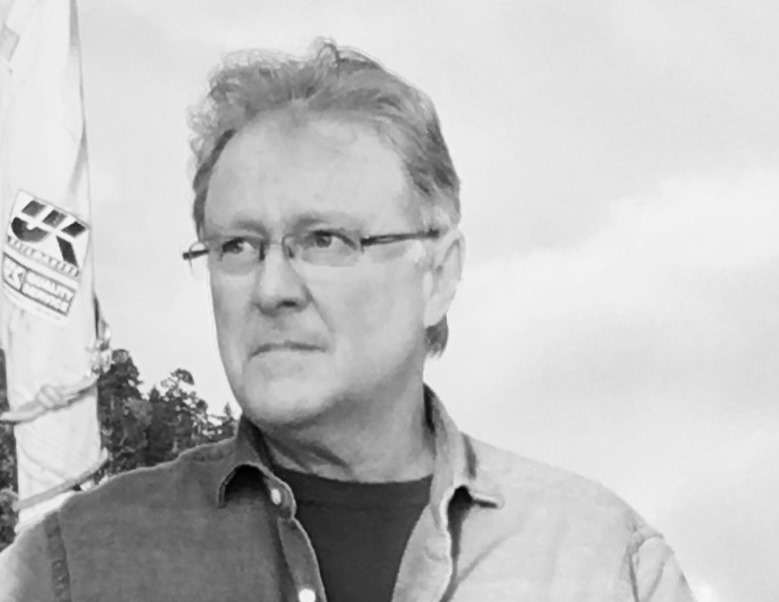 Professor Forsythe is in his 28th year as Drama Program Coordinator at Brandon University. He has been a member of both Canadian Actors Equity and ACTRA since 1977. He has performed on stages across Canada. He is in high demand as a workshop facilitator and adjudicator.