Walking alongside: Looking at allies of Indigenous Peoples through a poetic lens

This research seeks to understand the actions, emotions, and interpersonal relationships of people who are recognized by Indigenous Peoples as allies. The data was analyzed through the construction of found poetry—words lifted from the allies’ interview transcripts—to create engaging pieces of arts-based research. The poetry revealed not only the allies’ experiences, but also ways in which the English language and technology act as colonizing forces.

As we move forward together from the Final Report of the Truth and Reconciliation Commission (2015), people are thinking about decolonization and striving to actively participate. Potential allies of Indigenous Peoples in Canada can take tangible steps, starting where they are, to leverage their existing privileges and talents. This research draws on adult education theory from Indigenous and non-Indigenous perspectives and infuses the research with poetry to potentially engage people who may not usually read research findings.

This study was grounded in critical realism, which recognizes agency in how people navigate their emerging understanding of reality. I received referrals from Indigenous contacts who recommended allies to the study. Allies who agreed to be interviewed were asked about how they enacted their identity, what kinds of emotions allyship brought up for them, and how their alliances affected their interpersonal relationships. Employing poetic inquiry, I explored how recognized allies of Indigenous Peoples in Canada trace the development of their ally identity and consistent enactment of alliance. Constructing found poetry from the allies’ interview transcripts also confirmed the extent to which the English language functions as a colonizing force. In response, I made use of a disruptive strategy to challenge myself and the reader to see the extent to which everyday life—including the language we use—reflects colonization.

Allies come from many different backgrounds, but they have all found ways to contribute to decolonization by using their talents and gifts. They recognize that guilt, shame, and discomfort may come up, but these emotions are not reasons to abandon allyship. They do not expect perfection in themselves, but they are committed to educating themselves and others about the truth of Canada’s history with Indigenous Peoples. Regretfully, most allies still struggle with confronting other non-Indigenous people who exhibit racism.

Personally, this research challenged me to confront the English language and writing processes as inherently colonizing. I came away wanting to do more to decolonize the university experience for the students I work alongside.

As an arts-based form of research, parts of this study can be used as an accessible way to promote discussion about allyship. For people who are ready to be more actively engaged in supporting Indigenous Peoples and their interests, there is much to learn in the allies’ words.

I am planning to take what I have learned to move forward in developing resources for university faculty and staff to invite them to work on decolonizing their practices and post-secondary spaces. This work will be undertaken in consultation with the Indigenous Education Senate Subcommittee. 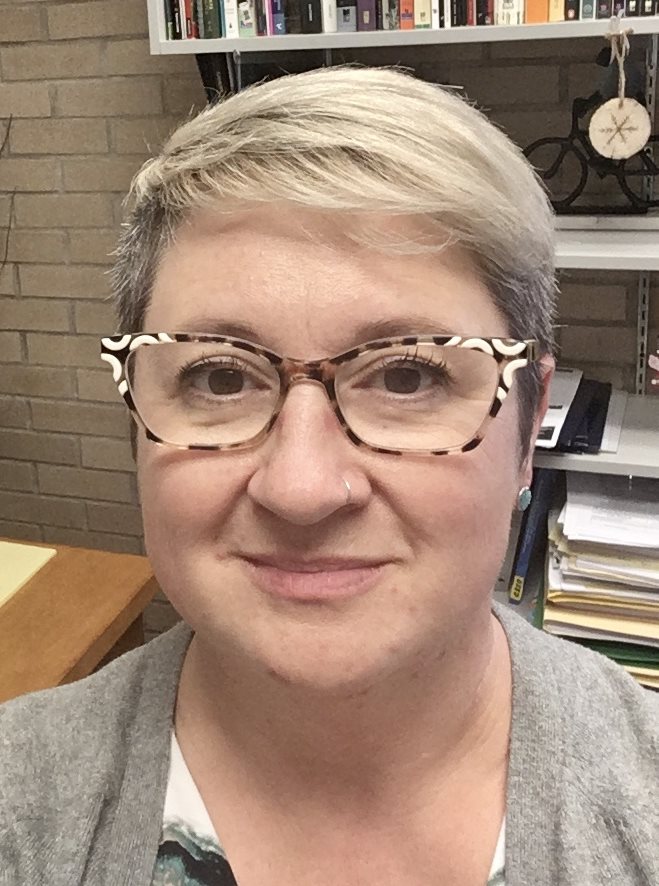 Dr. Joan Garbutt is a recent graduate of the Doctor of Education program at the University of Calgary. Joan is a Writing Skills Specialist in Student Services, currently on sabbatical leave. A Brandon University alumna, Joan lives in Treaty 2 territory, in the valley of the Little Saskatchewan River.