We often hear about a local government declaring a ‘state of emergency’, but many people do not really know what that means. In Canada, there is different legislation in every province that empowers local authorities and the provincial government to declare a state of emergency. There is also the Emergencies Act that allows the federal government to declare a national emergency. The federal legislation and all the provincial acts set out extraordinary powers that can be exercised during a declared emergency. These powers essentially suspend many of the rights and freedoms we enjoy as Canadian citizens. It is important to understand these powers, when and why they are available to our governments and how they can affect us all.

In Canada, citizens are exposed to a great deal of news from the United States and countries overseas. However, every country has a different emergency legislation, and it can be used, or even abused, in different ways. Therefore, it is important that Canada’s system be well understood and opportunities can be identified to improve the legislation.

Jack Lindsay was invited to submit an article on Canada’s emergency response powers to the International Journal on Human Rights. A review of the existing literature quickly showed a gap as no one had considered how emergency powers were assigned across Canada or looked at where they originated. Using the legislative search tool provided by the Canadian Legal Information Institute (www.canlii.org ), the emergency management legislation of each province was reviewed for the powers that were made available during a declared state of emergency. Library and on-line research were also conducted to look back at historical sources, such as the 1939 The Regulations for the Defence of Canada, which are at the root of today’s legislation.

Even though every province has its own history of how its emergency management legislation was developed, there are some commonalities. Most of the provincial emergency laws were first drafted in the 1950s with the threat of nuclear war being more of a concern than natural disasters like tornadoes or floods. The commonly found powers were based on the experiences from World War II and can be grouped into:

3. Use Property and Control Resources

5. Powers to Search, Arrest and Fine

In most provinces, a local state of emergency can be declared by the local authority council or a provincial government for all or part of that province. The Government of Canada also has the power to declare a national emergency for all or part of the country. The Emergencies Act gives progressively broader powers to the Prime Minister and Cabinet in four different types of emergencies. The first is a Public Welfare emergency which could be used to respond to a natural disaster. The second is a Public Order emergency which deals more with civil unrest. The International emergency powers reflect the experiences of the 1950’s Korean conflict. Finally, the Federal government can declare a War emergency and this gives the greatest authority to take almost any action deemed necessary to support the response.

Canadians enjoy the rights enshrined in The Charter of Rights and Freedoms, such as being able to travel around the country without having to seek permission and are unaccustomed to having those rights restricted. Under a state of emergency, many of these rights become more closely controlled. Creating and using these powers is a significant part of ensuring public safety; therefore elected officials must be sure the appropriate planning and preparation have been undertaken. This research can help elected officials and emergency managers recognize the responsibilities that come with declaring a state of emergency and exercising the powers granted by Canadian law. 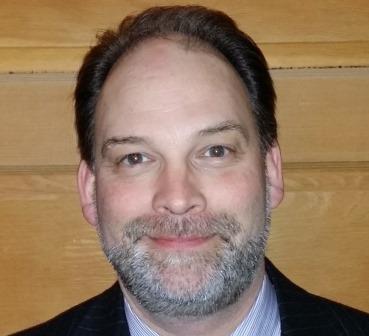 Jack Lindsay is an Associate Professor and chair of the Applied Disaster and Emergency Studies (ADES) department. He has 25 years of experience in emergency management as a practitioner, researcher, and teacher. He has worked in Canada and New Zealand and is currently completing his Ph.D. at Massey University’s Joint Centre for Disaster Research.

Lindsay, J. (2014). The power to react: Review and discussion of Canada's emergency measures legislation The International Journal of Human Rights, 18(2), 159-177.