Current global climate change is predicted to have drastic impacts on plant communities. The long-term responses of plant communities are difficult to predict due to complex variables affecting plant migration and adaptation. Palaeobotanists look to the fossil record for modern analogs—evidence from past warming events in Earth’s history. Fifty-three million years ago global temperatures rapidly rose to levels so high that the poles were ice-free and alligators swam in Arctic swamps. We are studying the McAbee Fossil Beds in British Columbia, which preserve plants that lived during this time at moderately high elevations. This record spans ~100,000 years and provides us with the opportunity to study long-term responses of local climate and plant communities to global warming, at elevations relatively sensitive to climate change.

Most of us are aware that global temperatures are currently on the rise due to rapid rates of carbon release and a concentration of greenhouse gases in the atmosphere, at levels unprecedented within the last four million years. There is a great concern about how plant communities will respond to these global changes. Fortunately, the geologic and fossil records provide us with insights into past global warming events in Earth’s history that we can look to for clues about the future. During the early Eocene epoch, 53-50 million years ago, global temperatures rose into a peak period of sustained warmth due to much higher than present day greenhouse gases. We are studying ancient lake deposits in British Columbia, just outside of Kamloops, which contain a record of fossilized plants spanning ~100,000 years during this warming event.

The site named the McAbee Fossil Beds, contains fossil remains of many of the important plants in today’s temperate forests. These include plants common to Manitoba, such as maple, birch, alder, elm, pine, fir, larch, and spruce, and thus provides a reasonable point of comparison. Understanding how local climatic conditions changed during this global event, and how those changes affected the structure and diversity of these ancient forests, will give us an idea of what to expect in the future over relatively long time-scales.

How this research is being done

The first part of any paleontology project involves collecting fossils. Our team conducted field expeditions to McAbee in the summers of 2015 & 2016, and we will be back this coming summer. The joys of field work at McAbee involve splitting-open blocks of shale, opening them much like pages in a book, revealing fossilized leaves, flowers, and seeds, on a beautiful (and sometimes very hot!) hillside overlooking the Thompson River Valley. Separate fossil collections are made from several discrete layers of rock throughout the vertical sequence, with each rock layer representing a unique snapshot in time (older at the bottom, younger at the top). Once fossils are identified back in the lab, we study the relative abundances and diversity of different plant types in different layers. We also study the sizes, shapes, and margin types (i.e., toothed versus smooth) of the leaves, as these differences relate directly to differences in the local climate. Plants adapt to particular climates by employing various leaf traits in a balancing act of photosynthetic efficiency. The responses of leaf form to climate are very similar even in unrelated plant species, representing convergent evolution. This enables us to use the known relationship of leaf form and climate in modern forests as a calibration, to which we apply the leaf form of our fossil leaves and quantitatively estimate ancient climate parameters. Comparing both climate estimates and the structure of the forest community in different layers will give us a sense of how these systems changed over the ~100,000 year time-scale of global warming.

The results of this research will contribute to our understanding of the environments of Earth’s past; most notably the environmental context in which many modern temperate plant families first evolved, and the responses of plant communities and local climates to global climate change over timescales which are too long to observe in the modern world. Studies like these will serve as useful perspectives when making informed decisions regarding policy on current climate change.

This research is supported by a Natural Science and Engineering Research Council of Canada (NSERC) Discovery Grant and a National Geographic Society Explorer grant; both awarded to Dr. David Greenwood. Additional thanks to FLNRO of BC for granting scientific permits, Christopher West and Markus Sudermann for their assistance in this project. 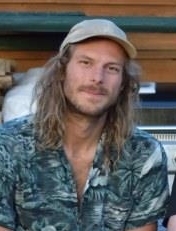 Alex Lowe is a graduate student in the Master of Science in Environment and Life Sciences (MELS) program and has a B.Sc. in Geology from the University of Utah. 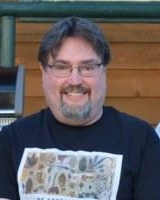 A professor at BU since 2004, and originally from Australia, Dr. Greenwood is an expert in using fossil plants to reconstruct ancient climates. He has published over 70 peer-reviewed research articles reconstructing ancient environments and identifying plants from the fossil record. He has a Ph.D. and a B.Sc. (Hons) from the University of Adelaide.