Video-feedback for improving interactions between mothers and their infants

We need to determine effective ways for supporting depressed mothers and their infants in order to minimize the detrimental effects of PPD (postpartum depression) on children’s development. Successfully treating a mother’s depressive symptoms (through antidepressants and psychotherapy) does not always benefit mother-child relationships, however, this research builds on a successful pilot that demonstrated that nurse-guided video feedback improved mother-infant interactions in the context of PPD. Parenting training to promote sensitive and responsive maternal-infant interactions may be helpful in promoting healthy development in children of mothers with PPD. By improving interaction quality, depressed mothers may be motivated to spend more time engaged in play with their infants; furthermore, infants who appear interested and show a readiness to interact are more likely to elicit positive and enjoyable experiences for mothers.

“It is easier to build strong children than to repair broken men” (Frederick Douglass, 1817-1895).

Postpartum depression (PPD) is a major public health issue affecting approximately 1 in 5 mothers. PPD is known as “the thief that steals motherhood” because depressive symptoms interfere with a mother’s capacity for understanding and enjoying her baby. Sensitive and responsive exchanges, built via “serve and return” interactions (e.g., baby smiles, mom smiles back), are the foundation for infants’ healthy brain development but can be diminished by PPD. Infants may perceive PPD as stress that triggers the release of the stress hormone cortisol, which, in turn, negatively affects developing infant brains by decreasing brain volume and limiting new brain cell growth. Infants’ critical periods of brain development are vulnerable to long-term effects of cortisol, explaining some of the problematic developmental outcomes observed in children of depressed mothers. Compared to infants of non-depressed mothers, infants of mothers with PPD are less sociable and more fearful of strangers, more easily frustrated, have more separation anxiety and insecure attachments, and more behavioural and cognitive problems. Later on, these children also have increased rates of major depressive disorder, anxiety disorders, and alcohol dependence often persisting into adolescence/early adulthood.

How this research will be done

VID-KIDS is a randomized control trial (aka experimental research project). This project will evaluate the effect of the VID-KIDS intervention among depressed mothers on: (1) maternal-infant interaction quality (primary outcome); and (2) infant cortisol (stress hormone) patterns, infant development, maternal PPD and anxiety, and parenting stress (secondary outcomes). VID-KIDS offers mothers affected by PPD a strengths-based approach for improving sensitivity and positive responsiveness toward their infants. Video-feedback will focus on the “serve and return” relationship and can include positive reinforcement of optimal interaction behaviours as well as interpretation of infant engagement/disengagement behaviours. Over the course of this 10-week study, mothers in the intervention group will receive 3 video-feedback sessions typically lasting between 60 to 90 minutes, which will be delivered by a specially trained Registered Nurse.

VID-KIDS will promote family health, advance health research and improve health service delivery in several ways. First, the anticipated contributions of VID-KIDS for families include: (1) improving maternal-infant interactions and infant developmental outcomes via reducing infant stress; and (2) reducing maternal symptoms of depression, anxiety, and parenting stress. Second, underscoring the need for interventions addressing PPD and its negative impacts, VID-KIDS will advance health research by contributing to our understanding of effective methods for enhancing the quality of relationships between depressed mothers and their infants. Finally, VID-KIDS can improve health service delivery and support resources for families affected by PPD. If the VID-KIDS trial is successful, we will examine integrating the program into existing services for childbearing families (e.g., through Public Health). 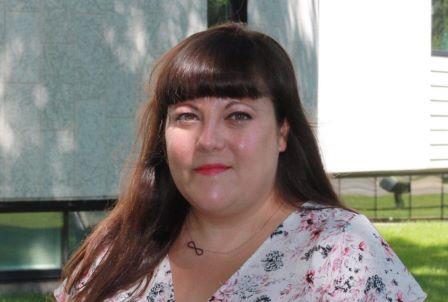 Dr. Penny Tryphonopoulos R.N., Ph.D. is an Assistant Professor in the Faculty of Health Studies at Brandon University who specializes in maternal-child relationships, early childhood development, and maternal mental health.