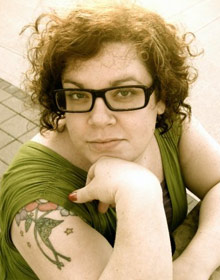 What Education have you Taken?

I am currently completing my fourth and final year in the Health Studies’ Psychiatric Nursing Program. I also hold previous education with the University of Winnipeg. I have engaged in many educational opportunities that are not university based, mainly in relation to volunteer work in the community and connecting through sharing knowledge and life experience.

I am proud of who I am and my life journey so far; this is my biggest accomplishment. When I think of the life experience and accomplishments I have acquired over the years, I cannot help but feel grateful. I associate accomplishments with thankfulness, and have come to even view my life challenges as achievement. I am appreciative of my education up to this point and look forward to where it may take me in the future. Many of my endeavors are the direct result from actively seeking additional learning opportunities and maintaining my thirst for knowledge.

Below are some examples of additional workshops and panel discussions that I have attended and/or facilitated on (or around) the Brandon University Winnipeg campus:

Tell me about yourself/your background/ your history

Geographically, I grew up in Port Coquitlam, BC and moved to Winnipeg, MB in 1996.  After finishing high school in Winnipeg, I attended the University of Winnipeg for a period of time and worked in different capacities at the institution: research assistant, admissions, student records, and academic advising. I have also had the privilege of working in a supportive role within the deaf-blind community for many years. In my spare time, I enjoy engaging in the diverse expression of arts with an emphasis on painting with multiple mediums, including found objects. If I am not found behind a canvas or a good book, you will likely find me at the gym or having coffee with friends.

My field of study originated within the streams of psychology and sociology at the University of Winnipeg, but I found myself wanting to engage with people on a more interrelational level and decided to apply to Brandon University for the psychiatric nursing program. Another contributing factor was that I had people in my life who were living with mental illness, and it is through those experiences that I was inspired to enter the psychiatric nursing profession. I have grown and become an ally, an advocate, and have become a better friend and family member for it. Out of those experiences came my desire to be a part of the profession of registered psychiatric nursing and I have not looked back.

My philosophy is multifarious, diverse with many elements, so I will break it down to three philosophical points;

Over the next five years, I hope to grow in my practice as an RPN.  I do see myself continuing to actively be involved in the community, whether I sit on a board or cut vegetables at a community kitchen.  I also would like to see myself grow as an advocate for the individuals I serve, care for, network, and collaborate with.

She is the Department of Psychiatric Nursing’s Department Meeting Representative and is an alternate for Curriculum and the Program Advisory Committee.

She actively worked On the Co-Occurring Disorders Summer Institute 2012 during the previous two weeks of preparation and assisted as a student ambassador for the full week of the Institute. Her prior work with University of Winnipeg assisted us greatly as we partnered with U of W for this event.

She is always willing to assist and mentor other students and is a real asset to our program.