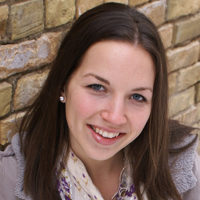 In 2007 I was awarded Young Woman of Distinction through the YWCA. I was also chosen for the National Millennium Scholarship in 2007. In 2005 and 2006 I placed first in the Provincial Music and Speech Arts Finals for Grades 10-12 Poetry and Prose. In 2006 and 2007 I was awarded the Kaye and G.R. Rowe Memorial Scholarship for Speech Arts.Over Christmas break in both 2007 and 2008 I travelled to Louisiana and Mississippi with Presbyterian Disaster Assistance to assist with rebuilding after Hurricane Katrina. I am the co-founder of the Emma Foundation which offers workshops to raise self-esteem in girls in grades 6-11.Since 2006 I have been keynote speaking and running workshops throughout Brandon and Manitoba, at camps, conferences and seminars. This past summer I spent two months in Ghana, leading a girls leadership group and also teaching HIV/AIDS education in junior high schools.

I grew up in Brandon and graduated from Crocus Plains in 2007. For many years I have been involved in music, sports, theatre and public speaking. I co-chaired the Youth Making a Difference Committee in 2006-2007 which hosted Stephen Lewis in April of 2007 at a day-long conference. As president of Student Council and a member of Youth in Philanthropy I was made aware of the many organizations in Brandon and surrounding areas.

“Never doubt that a small group of thoughtful committed citizens can change the world, indeed it is the only thing that ever has.” I came across this quote by Margaret Mead just as I was entering high school and have taken inspiration from it ever since.

I am planning to go onto a second degree and pursue a career in Social Work. Throughout my life I hope to continue meeting people who inspire me to take action in my own community. I love traveling and learning about different ways of life and I hope to continue to have these experiences in my future.

“Jenna Cameron is truly exceptional. Her academic excellence is surpassed only by her contribution to the cause of social justice. She has: worked for habitat for humanity, done development work in Ghana, campaigned for Obama, as well as other activities closer to home.

In addition she is a frequent actor in the productions of Seven Ages and Mecca theatres. In 2010 she will play Puck in A Midsummer Night’s Dream as well as play the lead role in the BU Theatre production of Scorched.

Add all that to a consistently high GPA and I can recommend her to you without hesitation.”