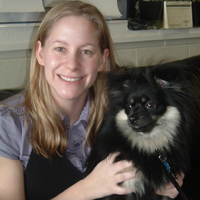 I have been involved with many organizations on and off campus. In high school I was the Student Council President, a member of TADD, and co-organized two 30-hour famines. Once in university, I was first involved as the Deputy Returning Officer and then ran and was elected as a Commissioner, Vice President and President of the Brandon University Students’ Union. During this time, I was also the Treasurer and then Chairperson of the Canadian Federation of Students Manitoba. After my term as an elected member of BUSU, I became heavily involved in other areas. Some examples include being the Chairperson of the BU Women’s Collective, board member of the Brandon Folk Music and Arts Society, board member of the Women’s Resource Centre, board member of the YWCA, board member of the Marquis Project, Provincial NDP Executive Member and Brandon East NDP Vice President. Last year, I was also nominated for the Young Women of Distinction Award through the YWCA.

I was born in Brandon and I have lived in Kemnay and Brandon my whole life. Growing up, I figure skated and volunteered my time coaching younger kids how to skate. When in university, I began synchronized figure skating and enjoyed the team aspect of skating. I am currently working as the BUSU General Manager, which allows me to be involved in an organization that I believe in and one that does a lot of great work. I find every day presents something new and exciting, and these challenges keep me going!

I’ve always been interested in women’s issues and inequality, but until I took Intro to Gender and Women’s Studies I had not thought of studying it. After that one course, I switched my major and I’ve been LOVING it ever since!

I believe that you get out of life what you put into it, and that if you work hard you will be rewarded. I think that you should live your life without regrets, and understand that your mistakes help you grow and make you a better and stronger person. I believe that we need the people around us, and I am thankful for all of the positive people in my life.

I see myself attending university, furthering my education towards a career. I see myself eventually working in a similar field I do now – a not-for-profit – or in a field that I can help people. I would like to work in Brandon, somewhere close to my family.

“Stacy Senkbeil is a stalwart, eager, hard-working and committed member of the BUSU Women’s Collective. Stacy has served on several local organizations, including the YWCA board and the board of the Brandon Women’s Resource Centre. She is a dedicated community activist.”