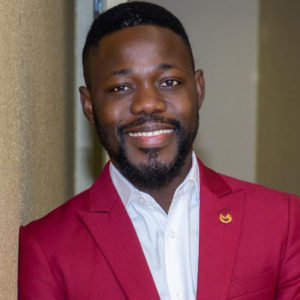 When Adams Abdul-Salam decided to pursue a political career in his home country of Ghana, he knew one thing — he didn’t want to be a leader who didn’t understand his community.

This was Salam’s motivation to attend Brandon University, he said, and follow up his Bachelor of Arts degree in Political Studies with a Master’s degree in Rural Development.

“I grew up in a rural community and I was planning to serve in the community in whatever capacity I could help,” Salam said.

“I was driven by my interest to serve my community and I thought that needed to understand, I needed to study and be an expert so I could serve my people from a position of knowledge. I couldn’t have asked for a better program.”

Brandon University faculty had high praise for Salam in turn.

“Adams Salam was an exceptional student with unique qualities: he was capable of presenting papers in class in a clearly, logically, and consistently manner. He was also a disciplined student who used to come religiously to my office hours,” recalled Dr. Wilder Robles, one of Adams’ professors in the program. “We engaged together in fruitful conversations about a wide range of development issues affecting Western Africa and rural development in particular.”

While the culture and landscape of Brandon, Manitoba differed from Salam’s home community in New Edubiase, Ghana, he said he often saw the similarities.

“Staying in Brandon and studying rural development, it really helped,” Salam said, adding that he returned to his home community with a better understanding of what was working and what was not. “It gave me a better perspective and I think it shaped my understanding…in what roles government policy could play in helping communities such as mine develop.”

Government policy was a recurring topic of conversation while he was at BU.

“One day, Adams came to my office and confided to me that he was interested in running for a seat in the Ghana Parliament,” Robles said. “I said to him unintentionally, ‘Well, if you run for office you will be certainly elected because you have the necessary intellectual preparation and skills to be an excellent politician. Go for it’.”

In 2019, Salam did exactly that. He returned to Ghana and won the parliamentary bid to represent the National Democratic Congress for the New Edubease Constituency ahead of the 2020 elections.

He continued on to win the New Edubease Constituency, becoming one of the youngest members in parliament at the age of 34.

“There are 275 parliamentarians, and I am fortunate enough to be one of them right now,” Salam said.

There was applause from back in Canada.

“I have no doubt that Ghana has elected a highly promising young political leader with impressive intellect preparation and political skills to make history in Ghana,” Dr. Robles said.

At times, Salam said it was hard not having his family near while studying in Canada, and it was extremely challenging support himself by working while completing school.

“Those are general challenges that international students face, I don’t think that was particular to me, but definitely there were those challenges. And the weather wasn’t helping,” Salam said with a laugh. “I grew used to it and now I even miss the winter and the snow, but in those first couple of years the weather was tough.”

What kept Salam going was the satisfaction and excitement he got out of his classes and education, he said, and knowing he had a supportive faculty behind him.

“I spoke to Dr. (Wilder) Robles about my path … he was always very encouraging. He was very instrumental in terms of support, he knew I had this ambition,” Salam said. “Dr. (Doug) Ramsey, as well, was also very supportive. He made it possible for me to finish my courses on time.”

The best advice Salam said he could give other students interested in following the same path is to be determined and persevere.

“It takes a lot of sacrifice to be able to do this, it’s a very long and offsetting road to take,” Salam said. “But once you set out to do it and you put your mind to it, it will come.”