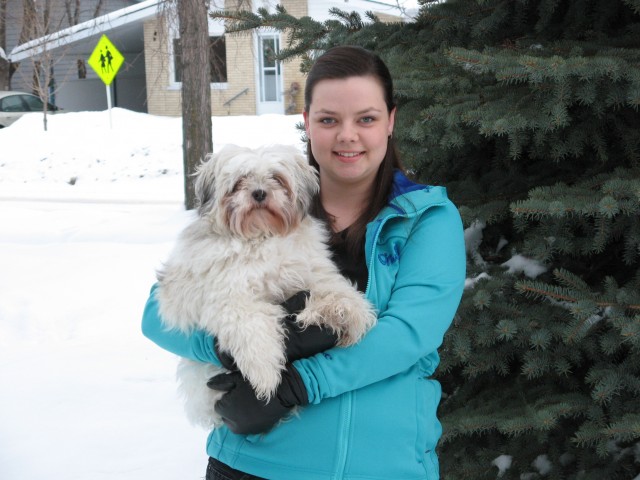 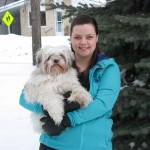 I started going to the University of Manitoba the year after I graduated from high school (2005/2006) with the intention of becoming an engineer.  I realized that I did not enjoy it so I decided to take a year off.

After working for a year, as a support worker for intellectually challenged adults, I decided that I would go back to school and try psychology.  I’ve always been interested in why people do the things that they do, and I ended up really enjoying the psychology classes that I was taking so I decided to do a four year honours degree majoring in it.  I’m currently in my last term.  I also continued to work as a support worker during my schooling, and am still currently employed.

In relation to my job I have also taken a couple of Red River College courses that are part of their Disability and Community Support Program.

I graduated from high school with honours.

I was then placed on the honours list after my first year at Brandon University and continue to be on it now.

In 2008 I was inducted into the President’s Honour Society.

In 2009 I received the Helen C. Riesberry Scholarship in Social Sciences.

I grew up in Rivers, Manitoba, with one sister.  I graduated in 2005 and then went to the University of Manitoba for the 2005/2006 school year.  During my time at the U of M I began dating a wonderful man who is now my husband.  After taking a year off from school to figure out what I wanted to do I decided to go back to school and that’s when I fell in love with psychology.  During my second year I was engaged to be married and was married this past summer, the summer before my fourth year.  I’ve always been a big animal lover and currently have the best little dog named Bernie.   My husband and I live in Virden, Manitoba, his home town.

I’ve always been what some would call a “people watcher”, but my biggest strengths in high school were math and science so I followed the advice of everyone around me and decided it would be a good idea to be an engineer.  After the first term I knew that it was not for me; I just wasn’t passionate about it.  I stuck out the year and after a summer job with the town I began working as a support worker.  After a short period of time I realized that as much as I loved my job it just wasn’t satisfying in all aspects and I decided that going back to school was the smart thing to do.  My strengths being science I applied as a three year Bachelor of Science. and after taking a couple of psychology classes I was hooked.  I found the subject matter absolutely fascinating.  The things I was learning in my psychology classes gave me a whole different perspective on life.  The way I began to think about things changed and I found myself questioning why a lot of the time so I decided that I wanted to do a four year honours degree.  What I have learned so far in psychology has given me answers to some of my questions, but in all honesty it has left me with even more.

I believe that people need to learn how to achieve balance in their lives, whatever that may entail for people, in order to live a happy and healthy life, which I think is my ultimate goal in life.

Something else that I am always mindful of is how seriously I take things.  I have learnt over the past four years that there is no sense in sweating the small stuff.  A quote that I like actually sums things up quite nicely.  “Just when the caterpillar thought the world was over, it turned into a butterfly”.  I like this quote too because it also signifies that it is important to be prepared in life.  If a caterpillar did not spend time eating and making its chrysalis then it would not become a butterfly, but because it is prepared it goes through a beautiful transformation.

Right now I am at a cross roads of sorts.  I am doing an honours degree and have written the psychology subject test for the GRE.  I am also going to do the standard GRE in June, all in preparation for graduate studies.  The only problem is right now I don’t know exactly what I want to do.  So I’ve decided to take another year off so I can focus on myself and really take the time to figure out what I want to do.  I am currently thinking about possibly applying to a neuroscience program as I find the way the human brain works really interesting.  Regardless of what I take though I see myself doing something that I am passionate about.  I want to love what I do.

Adeline is a fourth year Honors student in psychology. She is doing Honor’s research. She is a very strong student whose work is exemplary. She is highly motivated and hard working and very dedicated always doing the best she can in whatever she undertakes. She works part time as well volunteers. She is interested in pursuing graduate studies in psychology. In my view she is going to go a long way in contributing to psychology as a professional.