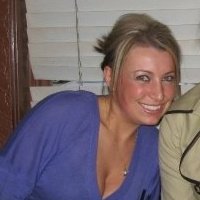 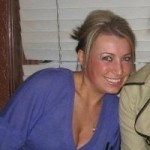 I am currently in my fourth year of a Bachelor of Science Honours, in Geology, aiming to graduate in October 2011.

In 2010 I was honoured as one of Canada’s top young researchers and awarded an undergraduate research award by the Natural Science and Engineering Research Council of Canada (NSERC).  Also in 2010 I was selected as one of the country’s top geo-science undergraduate students and was given the opportunity to attend the Canadian Society of Petroleum Geologists Student Industry Field Trip.  I have also received various educational scholarships including the Christopher Riley Memorial Scholarship in Geology and the Glenn D. Hockley Scholarship in Geology.  I have played an active role in the Brandon University Geology Club over the past three years.

I was born and raised in Langley, BC. I moved to Brandon in October of 2006 and started my university education at Brandon University in September of 2007. I currently live in the RM of Deleau on a cattle and grain farm with my fiancée. I have spent the last 2 summers working in Utah and Colorado researching clastic depositional environments with Dr. Simon Pattison and I am currently putting together a six credit hour honours thesis on my findings from the past two years.

Growing up on the west coast of British Columbia I developed a love for the mountains at a young age. I knew at about age twelve that I wanted to be a geologist.

My parents taught me at a young age that hard work pays off and that philosophy has held true all throughout my university education. I am also a firm believer that everything happens for a reason and I believe the best way to approach life is with a positive attitude.

Ms. Jessica Peat is a mature, intelligent, hard working, well organized and personable individual who mixes well with fellow students and faculty, both professionally and socially.  In addition to her academic achievements, Ms. Jessica Peat has also completed over three months of field-based research in the Book Cliffs region of eastern Utah.  The field work was difficult, but Jessica adapted quickly.  She consistently contributed to data gathering and field observations on a daily basis, had a keen eye for detail, and was not afraid to challenge conventional thinking.  I was impressed by her ability to handle all of the challenges associated with conducting geological field work in a difficult environment.

Jessica has also been very active in the student Geology Club since her first year at Brandon University, and has used her team-oriented skills combined with an ever expanding leadership role, to bring success to a variety of Geology Club activities.  Ms. Peat leads by example and has volunteered her time for numerous geology-related activities in our department, and elsewhere at regional and national conferences.  She is one of our best and brightest 4th year geology students.