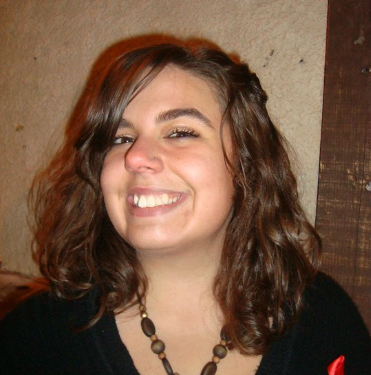 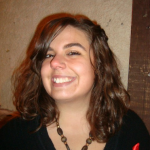 I am currently in my fourth year of my Bachelor of Arts, majoring in Political Science and minoring in  Sociology and Theatre.

I am proud of everything I have accomplished. From high school when I was nominated for a Young Women of Distinction Award to the World University Service of Canada (WUSC) Local-Committee-of-the-year award which our local committee collectively won, I have experienced some pretty amazing things that I am both proud of and humbled by. I am proud of coming across such a fantastic organization as WUSC and being able to be an active member. I have been on the WUSC executive for the last thee years, in 2008-2009 as secretary, and from 2009 to the present as co-chair. WUSC has changed my life in many ways and for that I am very thankful. In my university career I was also a Student Leader in 2008-2009 and a Student Leader Coordinator in 2009-2010, and I took part in acting in Escape From Happiness in 2009. This year I am on BUSU council as Vice President External (VPE). Being VPE has taught me so many valuable lessons. It has taught me how to be a leader and how to accomplish my goals. No idea is too crazy, no goal is out of reach. I am also honored to receive a nomination for the YWCA’s Young Women of Distinction award this year.

I’ve always moved around a bunch. I was born in Winnipeg but right now Estevan is where my “home” is. It’s where I went to high school and where my family still lives. Our family is small, just my mom, brother, aunt and I. My mom is my biggest inspiration in life. She is such a strong, independent, beautiful women and someday I hope to be exactly like her. My friends are very important to me; I have the BEST support system in the world and I am forever thankful for them. Here in Brandon I live with two of my best friends, and a dog, a cat, and a turtle.

I have always been very involved. I love being busy and I love helping people! Even in high school I was in every club/group that I found interesting, which was most of them.

I became interested in Political Science just by taking a class. I’ve always loved being involved in politics and taking action on issues, and then when I came to university I discovered that the things I love doing can be very closely linked to Political Science.

Act as if what you do makes a difference.  It does.  ~William James

I see myself everywhere. I don’t plan on settling down in once place anytime soon. I see myself exploring and volunteering in as many places as possible before I pick a place/job to stick with for the long run.

Shannon is the type of person that everyone should aspire to be like. She has a heart that encompasses all that is good in the world. Her efforts with Brandon University World University Service of Canada (WUSC) are priceless. Since her involvement with WUSC she been an irreplaceable asset in the organization of such events as the Textbook for Better Lives Book Drives on campus, the Band-AIDS Bike for AIDS fundraising concerts, the Shine-a-Light for Gender Equality Gala, and so much more. In addition to WUSC, Shannon is one of the driving forces behind the fantastic events that BUSU has held during the 2010-11 Academic year. Without her, Rock the Block, Orientation Week, Gloria Steinem, and Sex with Sue, would not have been the successes they were.